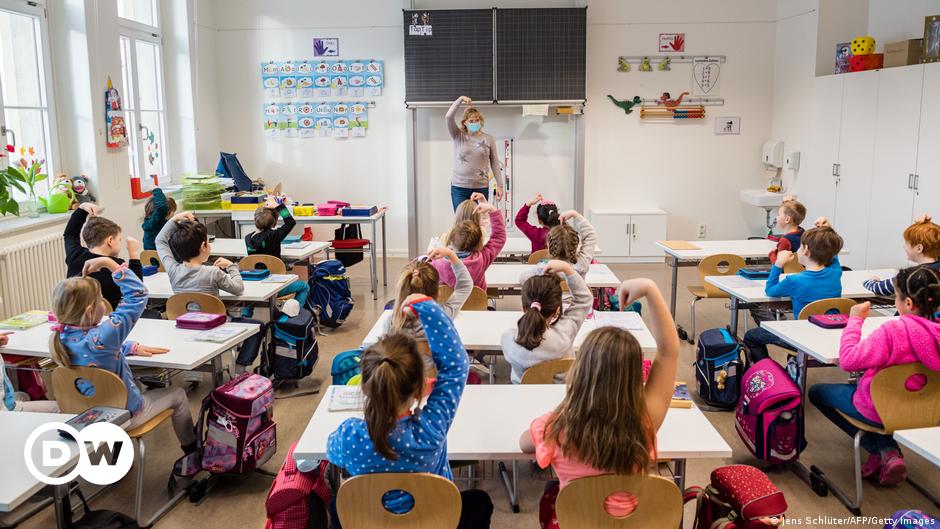 The Robert Koch Institute for Infectious Diseases reported 7,676 new cases on Sunday, up from 1,562 a week ago. The key seven-day incidence rate rose to 60.2 nationwide, from 57.7 a day earlier.

The German authorities have repeatedly indicated a maximum incidence rate of 50 as the opening target. However, schools in 10 of Germany’s 16 federal states are expected to reopen on Monday.

Experts have blamed more infectious variants of the virus for the increase in numbers.

Additionally, the seven-day R-value was set at 1.07 on Saturday afternoon, the highest value in several weeks. This means that 100 infected people mathematically infect 107 more people.

RKI leader Lothar Wieler called on people to persevere: “False promises do not help anyone, and it is just the case that … we still have to keep for a while,” he said. he declared in a health ministry. discussion on the subject of vaccination broadcast on the internet.

Health Minister Jens Spahn said Germany was in a “really difficult phase” of the pandemic. He said he knew everyone was tired after 12 months. “A 10-year-old has now spent a tenth of his life in the pandemic.”

Spahn said it was socially very important that daycares and elementary schools could reopen.

Politicians have increasingly pushed to prioritize teachers for vaccines to limit the fallout from reopening schools. The national teachers’ association, DL, called for new protective measures and prioritized teacher vaccination.

Teachers who are now returning to face-to-face teaching in primary and secondary classes “should be able to benefit from preferential vaccination”, association president Heinz-Peter Meidinger told the Augsburger Allgemeine newspaper on Saturday.

“We are generally in favor of mandatory masks, which should at least be of the quality of surgical masks,” he said. “Fashionable textile masks or scarves are no longer suitable for the current situation,” he added.

Susanne Lin-Klitzing, president of the association of philologists DPhV, told newspapers from the Funke media group that if politicians wanted “face-to-face teaching” again, they should “have offered all teachers the vaccination in advance “. In addition, clear timetables should be drawn up, for example on the duration of alternative education.

Nursery and primary school staff are part of the third priority group, according to current vaccination regulations, and will probably not be until the summer.

Lower Saxony and other states are pressuring the federal government to change the vaccination ordinance so that teachers and educators can be vaccinated earlier than expected with unused doses. The state would have many spare vaccines because people do not show up for their vaccine appointments.

Meanwhile, the education and science union GEW criticized states for reopening schools regardless of the spread of variants. They are taking “a high risk – to the health of teachers, students and their parents,” GEW president Marlis Tepe told media group Funke.