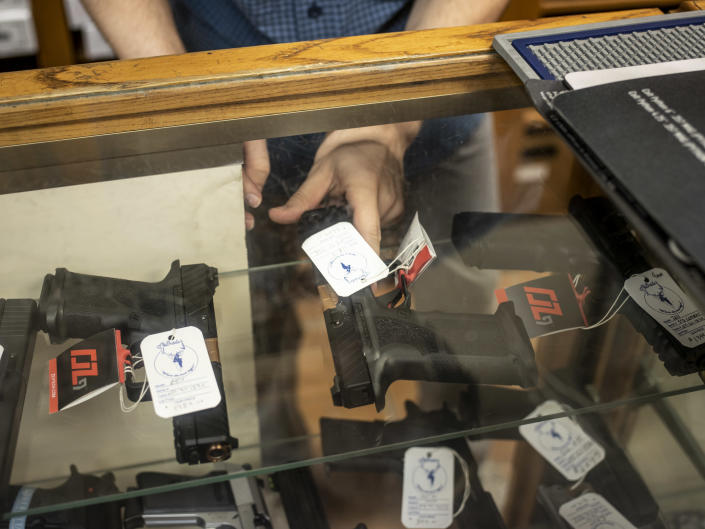 An organization that sets standards for business transactions has voted to introduce a special code that gun shops can use when processing credit and debit card transactions, a move long sought by gun safety advocates who say law enforcement officers will help detect suspicious purchases.

The decision by the group, the International Organization for Standardization, or ISO, is likely to spark a political firestorm in Washington and across the country, as well as a debate between banks and companies about how and even whether the new standard should be followed.

ISO did not respond to a request for comment. But on Friday, Amalgamated Bank, which helped lead the effort, received a letter, reviewed by The New York Times, confirming the decision.

“This approval is an important step toward improving coordination with law enforcement and preventing gun violence,” said Senator Elizabeth Warren, D-Mass., one of the lawmakers who has spoken out on the issue. “In order for this new merchant code to be maximally effective, every financial institution and payment system needs to step up and use it.”

Letitia James, New York’s Attorney General, called the decision “a major victory,” adding, “I urge credit card companies to take the next step and flag suspicious transactions on arms and ammunition sales. , as they do for fraud and money laundering.” Many of the affected banks and credit card companies are based in New York.

A series of articles in the Times in 2018 identified that the guns used in most of America’s deadliest mass shootings had been purchased legally with credit cards. None of the purchases were flagged by credit card companies or banks.

Virtually every retail category in the United States has a code associated with every credit card transaction — hair salons have one code, for example, while movie theaters have another. But until now, there was no code for gun shops, so those transactions within the financial system were often indistinguishable from those at a retailer selling rods or tents.

After the terrorist attacks of September 11, 2001, Congress passed a law aimed at preventing domestic terrorism, generally requiring banks to mark suspicious transactions. But banks don’t know which individual items were purchased with a credit card or whether a retailer is a gun seller. Gun safety advocates hope the new trade code will change this.

Most credit card companies and banks have either fought the new code or are silent on the matter. Visa and Mastercard have been resisting adding the code for several years. Behind the scenes, some corporate officials supported the code, but they publicly rejected it for fear of angering politicians who support gun rights.

Amalgamated Bank submitted an application to ISO for the code this spring, arguing that it was necessary to map credit risk. It had also applied for the code earlier this year, but was rejected.

After Amalgamated reapplied for the code, it gained support from political leaders across the country. Dozens of senators and members of Congress have sent letters to credit card companies in support of the proposal. Several pension funds called on card companies to disclose whether they supported or tried to reject the code. It seems the campaign has worked.

“We all need to do our part to end gun violence,” Priscilla Sims Brown, president and CEO of Amalgamated Bank, said in a statement Friday. “The new code allows us to fully comply with our duty to report suspicious activity and illegal arms sales to authorities without blocking or hindering legal arms sales.”

However, it is unclear whether the new code will be used.

In a letter Friday to Warren and dozens of other lawmakers, Robert B. Thomson III, a senior vice president of Visa, said the company is not a member of ISO and “has no authority over ISO’s standards and processes.”

“We believe that asking payment networks to serve as a moral authority in deciding what legal goods can or cannot be purchased sets a dangerous precedent,” he wrote.

A Visa spokesperson did not respond to an email asking for comment.

A spokesman for Mastercard, Seth Eisen, claimed the company believed that reducing gun violence should be the job of Congress. He said the company would “turn our focus” on how arms sellers and banks would put the new code into effect.

“This is exactly how we would manage the process for any other suitable MCC, such as a bike shop or a sports shop,” Eisen said.