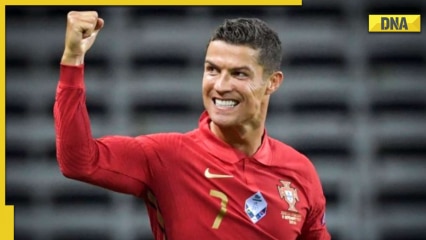 More than 10% of the world’s population now follows the Portuguese football superstar.

Recently, Ronaldo shared a photo with Messi that went viral on Instagram. Argentina’s Lionel Messi and Portugal’s Cristiano Ronaldo are the two greatest contemporary footballers in the world. They remain football experts who rarely appear together. They no longer compete against each other because they are on different teams in different leagues. They have never been part of a single team.

Ronaldo, a five-time FIFA Player of the Year, surpassed $1 billion in career earnings in 2020, making him the first active team athlete to do so.

When it comes to football records for total goals scored, Ronaldo is ahead of Messi. The Portuguese striker has scored more than 800 goals for club and country. With over 110 goals, he is officially recognized as the highest goalscorer by country, male or female. In addition, he scored more than 700 goals for the clubs he represented.

Ronaldo has been named the world’s highest paid athlete on the TBEN list twice – first in 2016 and then again in 2017.

In Ronaldo’s professional career, he has won seven league cups. In fact, he became the first footballer in history to win the league cups in the Premier League, La Liga competition and Serie A. Apart from this, he has three UEFA Super Cup championships, four FIFA Club World Cup trophies, five UEFA Champions League titles, and several other cups for the clubs he has played for. He has set his sights on the 2022 FIFA World Cup in Qatar.

ALSO READ  Has the iconic photo of Cristiano Ronaldo and Lionel Messi been edited? Watch the behind-the-scenes footage

Suryakumar Yadav will play for Ranji Trophy next season