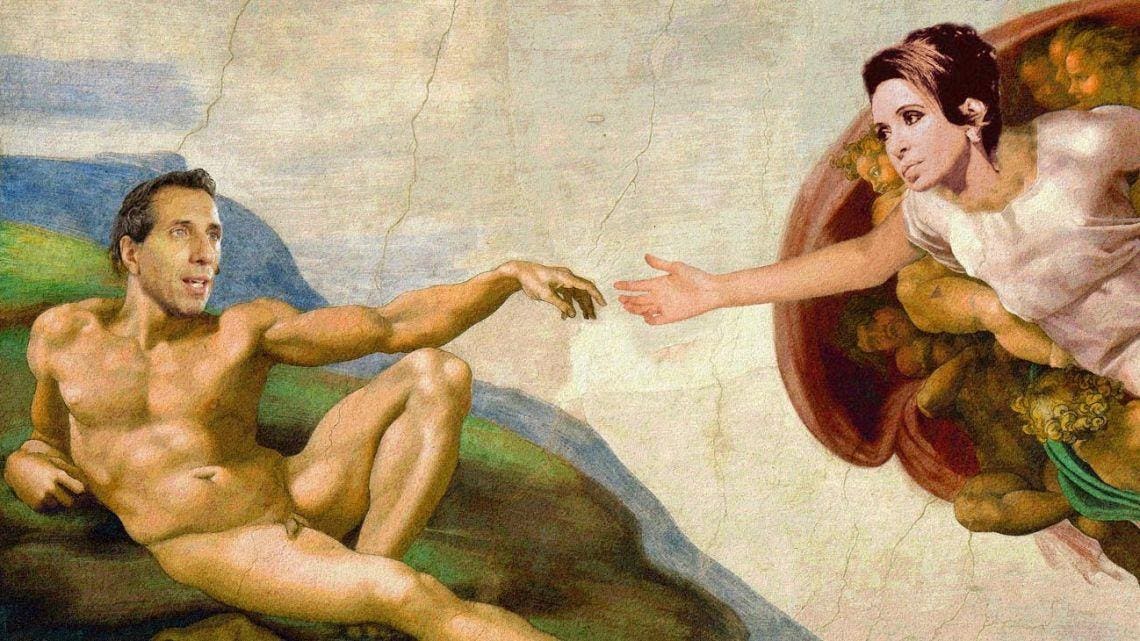 It is difficult to escape the binary logic of those who love or hate Cristina Fernández de Kirchner. She has been the defining force of Argentine politics, at least since her husband’s death in 2010, and in large part fueled the rise of Mauricio Macri, who won in 2015 when he turned into the living image of anti- Kirchnerism. And, of course, she has singled out Alberto Fernández to lead the 2019 presidential ticket. For an important sector of society, Fernández de Kirchner is the personification of evil, a Machiavellian devil whose sole purpose in life is to keep himself in power for personal gain. These people marveled at the sight of an energetic Diego Luciani, until recently an unknown federal prosecutor, attacking her time and again in court with an almost sadistic intensity during his impeachment against the vice president for leading an illegal association aimed at defrauding the state in the case known as ‘Vialidad’. It didn’t really matter that the trial was underway, Cristina’s critics immediately congratulated the prosecution and accepted that the defendant was guilty as charged.

There is another fairly large group that sees Cristina as the lone heroine fighting the hateful right-wing and neoliberals who have forever destroyed progressive leaders fighting for the oppressed. To them, everything she and her late husband Néstor did is part of Scripture, abruptly interrupted by four years of heresy. They were never restored to their former glory because of President Fernández’s incompetence and the collusion between the “right” and the judiciary. For those of stronger faith, the macrista The attack is part of a broader plan to destabilize progressive leaders across the region, orchestrated by financial interests in the United States seeking to consolidate their usury plans to subjugate the masses through Wall Street and the International Monetary Fund. No matter how many tons of evidence Prosecutor Luciani claims to have, Cristina is innocent and, they say, a victim of political persecution.

What all these people, who make up the majority of the population, fail to see is the broader picture that illustrates what is really at stake here. As mentioned, there is no chance that Fernández de Kirchner will go to jail if found guilty and even if they did, it would be years before the Supreme Court could confirm a guilty plea. Cristina will likely be a senator for the province of Buenos Aires by then with a mandate until 2029, meaning she would count on the precious immunity that would have to be stripped of her by the Senate, and since she would already be over 70 if that If this happened, she would be placed under house arrest at her beautiful home in Calafate, close to the world-famous Perito Moreno Glacier.

In last week’s hour-and-a-half YouTube response to the accuser, Cristina put on the kind of unique show that only she can deliver on Argentine politics. Starting off relaxed, she joked about her inexperience with cameras and lighting, building a lengthy diatribe to a crescendo dominated by an aggressive tone loved by her followers. Supposedly she refuted the “false” evidence presented by Luciani and his second-in-command, Sergio Mola, instead telling a confusing story that confused her husband Néstor and Macri’s former best friend Nicky Caputo, making it unclear whether she was pursuing corruption. normalized or make an accusation. Her real intent was to try and differentiate herself from José Lopez, formerly her public works secretary, who rose to fame a few years ago when he threw a pair of duffel bags over a monastery wall filled with some $9 million, along with a half-automatic rifle. López, part of the alleged illegal association that skimmed off millions in bribes from contractors involved in public works, turned on Cristina, former Planning Minister Julio de Vido and the rest of the gang in the “cuadernos‘ corruption notebooks case, who became a state witness to expose the mechanisms by which the ‘political apparatus’ made its money. López, according to Cristina, had closer contacts with Caputo than with Lázaro Báez, her alleged business and criminal partner. Caputo, an important businessman with close ties to Macri – although they are at a distance and he is now a supporter of Horacio Rodríguez Larreta’s presidential claim – is revealed to have had a close and personal relationship with López in a series of text messages which were shown by CFK which were used as evidence by the prosecution at a late stage of the trial. Why didn’t the prosecutors investigate Caputo, Cristina asked? Because it would prove that macristas are the corrupt, she declared. And this judiciary would not go against any of them. Lawfare, as she calls it.

Fernández de Kirchner plays the long game. She is looking at next year’s elections and has managed to unite the whole Peronism behind her cause. And meanwhile, attention has shifted away from the country’s economic woes. Her tirade was broadcast live on all news channels and was followed closely by hundreds of thousands of people. It happened before her defense team even had a chance to respond to Luciani’s accusations, which were also part of the bread and circus and broadcast throughout Argentina’s media ecosystem. There are questions about Luciani’s use of the concept of “illegal association” and the strength of his charges against CFC, but there can be no doubt that the timing of this trial is no accident. It’s funny how the opposition defends the judiciary against Kirchner’s advance, when they quickly denounced it during Cristina’s heyday, and even when it went after Macri and his officials. Argentina’s judiciary is highly political and impressively adept at shifting sails to match the wind, whether it’s time to speed up or slow down. As mentioned earlier in this column, they are first movers.

Finally, a note on President Fernández’s misstep regarding the comparison between prosecutors Luciani and Alberto Nisman, the AMIA special investigator who was found dead in his bathroom a few days after an allegation against CFC. Pressured by journalists Marcelo Bonelli and Edgardo Alfano in a live TV interview, President Fernández tried to refute claims that there could be a connection between “what happened to Nisman” and Luciani, and soon fell for the rake that he tried to avoid. “Nisman committed suicide, I hope Prosecutor Luciani doesn’t do such a thing,” the president said, provoking the outcry from the opposition who quickly used the statement to accuse him of making a thinly veiled threat. Alberto fooled himself not once but twice that night by claiming that the inquest into Nisman’s death had determined that it was suicide (something that is still disputed) and that the historical record shows that Alberto repeatedly had denied before joining CFK. to lead the Frente de Todos. Miserable.

Back to the beginning, Cristina is in a difficult position and her legal situation is likely to deteriorate with time. But she has enough political power to get through, even if it will hurt her. Luciani and the judiciary more generally know that it has a hot rod on its hands and that the charges and final conviction are far from a foregone conclusion. But they know they have the upper hand. Panem et circenses.

This one part was originally published in the Buenos Aires timesArgentina’s only English language newspaper.

For long-term investors, it’s time to buy technology again. Here are 20 stocks to look at first.

AT&T, Verizon and Comcast Stocks Just Had Their Worst Quarter in Two Decades