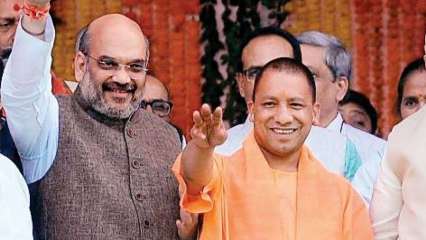 According to reports, the email, which emerged on Tuesday morning, was sent to CRPF headquarters in Mumbai a few days ago. The email threatens to carry out attacks on places of worship and important facilities and to “eliminate” the two ministers with suicide bombings.

ALSO READ  In Behala Purba, 3 women lead the fight for the turf of the former mayor of Kolkata

“These are 11 suicide bombers,” the letter said, according to a media report.

Taking further action on the threat, the email has been forwarded to relevant agencies for further investigation. Meanwhile, the security of the two leaders has been tightened.

“We have forwarded the email to the relevant agencies in Maharashtra and Central. They are working there and we will work according to their instructions,” Kuldiep Singh, DGP of CRPF informed.

We forwarded the email to the relevant agencies in Maharashtra and Central. They are working on it and we will work according to their instructions: Kuldiep Singh, CRPF DGP on threat mails pic.twitter.com/i3faDTKBcR

Earlier this year, the UP ‘Dial 112’ police emergency service received a similar message threatening to kill Yogi Adityanath with an AK-47 rifle within 24 hours.