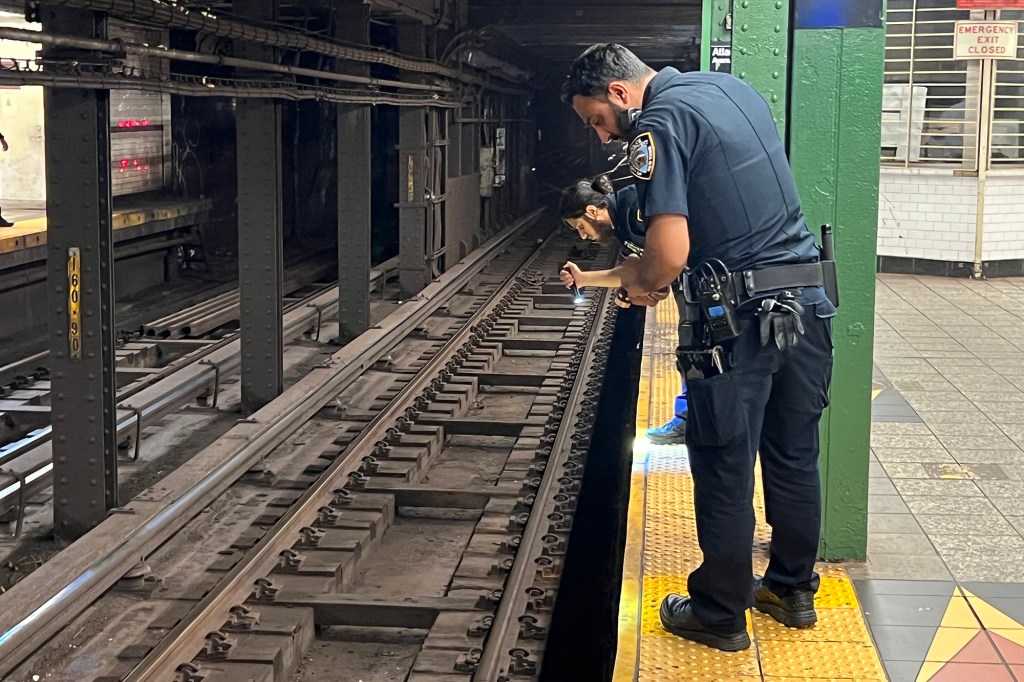 A woman was cut on the cheek and another woman was punched in the face by a male assailant at a Brooklyn subway station Wednesday night.

The wave of unprovoked transit violence occurred at the Atlantic Avenue-Barclays Center station on the 2-3-4-5 lines around 6 p.m., police said.

The male suspect first hit a 30-year-old woman on the left side of the face with a razor as she stood on platform 5 north, police said.

The man then went to the station’s mezzanine floor and punched a 47-year-old woman in the face who left bruises, the NYPD said.

The suspect, who police said was in his forties and wearing all black with dreadlocks, then fled the station. No arrest has been made.

The two victims were sent to hospitals in the area, where authorities say they are both in stable condition.