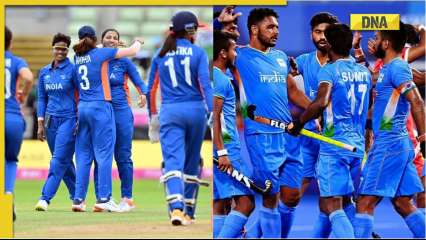 After a spectacular return of medals on Day 8, Indian athletes are hoping that the medals will continue to rain on Day 9 of the 2022 Commonwealth Games. Indian wrestlers Bajrang Punia, Deepak Punia, Sakshi Malik, Anshu Malik, Divya Kakran and Mohit Grewal made the country proud with their performances.

India has won 3 gold, 1 silver and 2 bronze medals on Friday and hopes many more will follow on Saturday, with names like Amit Panghal, Nikhat Zareen, Ravi Kumar, Vinesh Phogat and Pooja Gehlot all in action.

Currently, India is pretty much fifth in the 2022 Commonwealth Games standings with 26 medals, after overtaking Scotland and South Africa on Day 8.

What a night for @WeAreTeamIndia into wrestling!

Apart from them, the women’s cricket team faces a tough challenge in the semi-finals of the 2022 Commonwealth Games as they compete against the England women, while the men’s hockey team faces the South African hockey team in their respective semi-finals.

Check out India’s full schedule on Day 9 of the 2022 Commonwealth Games:

ALSO READ  The Brewers haven't had a prospect like Jackson Chourio in a while. On Tuesday, he showed why at his debut in Wisconsin.