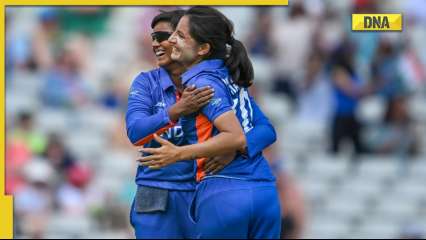 Indian women’s cricket qualified for the semifinals of the 2022 Commonwealth Games on Thursday after a do-or-die clash by Barbados Women. Harmanpreet Kaur’s side had too much in the tank for their opponents, as they won by 100 runs, to become the second team behind Australia to qualify for the Group A semi-finals.

Having previously suffered a defeat to the Aussie side, Indian Eve reacted in style as they beat Pakistan by 8 wickets in their previous match to set up a do-or-die clash with Barbados Women.

Harmanpreet Kaur’s team were invited to bat first, and they scored a combative total of 62 for 4 up in Edgbaston, thanks to opener Shafali Verma’s 43-run knock in 26 balls, followed by a strong finish from Jemimah Rodrigues who went unbeaten on 56 of 46 deliveries.

In response, the Barbados women could only collect 62 runs on losing wickets in their respective 20 overs, courtesy of Renuka Singh’s four-wicket haul from Medium pacer.

A fantastic win for #TeamIndia.

With the win, India finished in second place, with four points from three games, while Australia led the group after going unbeaten. The semi-finals of the 2022 Commonwealth Games will be played on Saturday.

Captain Harmanpreet Kaur, Sneh Rana, Meghna Singh and Radha Yadav came in with one wicket each.

Kyshona Knight was the top scorer for Barbados with 16, while Shakera Selman made 12. Seven of their batters didn’t reach double digits.

Barbados were sacked for 64 in their nine-wicket defeat to Australia in an earlier match.

Harmanpreet Kaur and Co will face either of New Zealand or England, who are both currently on 4 points in Group B, separated by their net run rate.