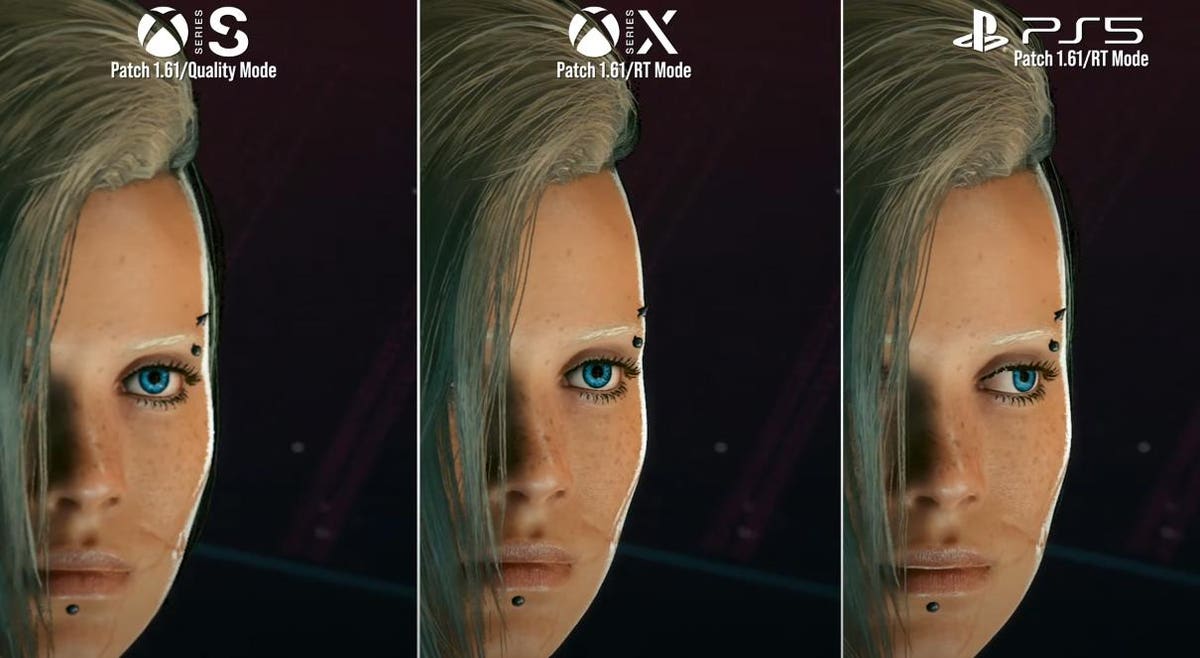 Cyberpunk 2077 recently got a pretty hefty patch in 1.61, which was again more bug fixes and some minor additions like multicolored neon umbrellas making their way to Night City, but the main draw was the addition of FSR 2.1 on consoles.

FSR, or Fidelity Super Resolution, is AMD’s version of DLSS, a scaling technique used to increase visual clarity in games. It was added to the console version of Cyberpunk 2077 with this latest patch, and I was really impressed with the end results shown in this Digital Foundry video, which zooms in to show what kind of improvements this new patch offers. And yes, it is really noticeable:

One of the highlights of the video is how it improves the clarity of fine details like skin and hair compared to how things were before. But perhaps most notable is the way things get brighter in the distance with FSR, which you can actually see during the zoom segments, but it would give a more or less cleaner feel overall as you play.

To do this, not much is sacrificed in terms of performance. Testing that aspect of the game showed that FSR performed better or worse in terms of framerate at times, but it certainly seems like a net benefit overall.

This FSR patch joins a host of visual improvements to the console that have taken the game to a very different place than it was at launch. As you’ll recall, Series X and PS5 didn’t even have their own versions of the game until a long time after its release, instead playing converted One X and PS4 Pro builds. That made for some pretty lackluster visuals at launch, but now, between that next-gen version, ray-tracing options, and now FSR, it looks great on console, even if it never will. quite match how much you can max out Cyberpunk 2077 on top PCs.

Players will remember that in the future there will be no more updates for the last generation of consoles, PS4 and Xbox One, coming to Cyberpunk 2077. Future patches, which are supposed to reshape police behavior and enemy AI, in addition to bringing in the major DLC, Phantom Liberty, will not be released for those consoles. It has long been thought that it may have been the wrong decision to release Cyberpunk 2077 on PS4 and Xbox One, where the game underperformed at launch, and it was part of the reason it was pulled from the PSN Store. Then again, with 100 million plus last-gen consoles in the wild, you can also understand why they wanted that market.

In any case, December 2020 has been a long time ago and it has improved a lot since then. Can you believe it’s been almost two years? Wild. But yes, download this patch and see for yourself.

‘Marvel Snap’ is getting a $100 macro transaction, but is it Pay-to-Win?

‘The Midnight Club’ canceled by Netflix, no season 2 to solve Cliffhangers