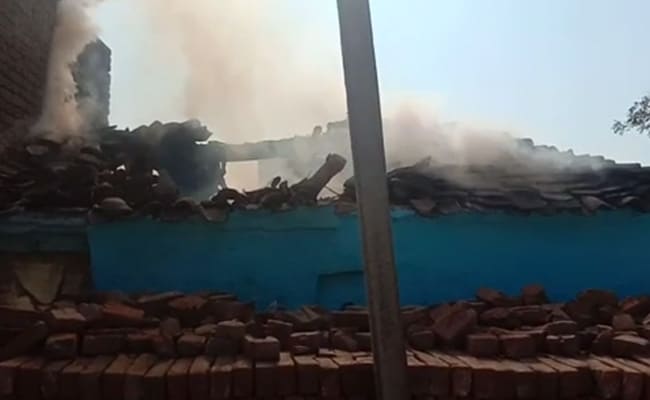 A Dalit family was beaten up and their house burned down on Saturday by upper caste men.

A Dalit and his brother were mercilessly beaten and their hut was reportedly set on fire by a group of around 15 men in Datia district, Madhya Pradesh, police said. The family were attacked for allegedly refusing to withdraw a two-year-old police case.

The case concerns a dispute in 2018 between the brother of the plaintiff Sandeep Dohare – Santram Dohare – and the defendant Pavan Yadav over salary difference. The police charged the accused using sections of the Scheduled Castes and Tribes (Atrocity Prevention) Act.

The Yadav family wanted his case withdrawn and pressured Santram Dohare, but he refused.

This angered Pavan Yadav, whose family allegedly beat the Dalit man and his brother Sandeep with rifle butts and set their house on fire at around 2 p.m. on Saturday.

The accused have been identified as Pavan Yadav, Kallu Yadav, their four parents and a neighbor. They reportedly arrived at Mr. Dohare’s home with a group of 10 to 12 men on five motorcycles.

They allegedly broke into Mr. Dohare’s house and started hitting the brothers with guns and axes, and set the house on fire. They also reportedly fired in the air when they heard villagers come out of their homes and set three of the five bicycles on fire. The accused then fled with the remaining bikes.

Villagers called the police who took the injured men to the nearest hospital, from where they were referred to the district hospital due to the severity of their injuries.

Earlier this year in January, a 24-year-old Dalit died after being burned alive by four of his neighbors in the town of Sagar, Madhya Pradesh. The accused was forcing the man to take back a police complaint he filed after an argument with them, police said.

The affair had become a political flashpoint between the BJP and Congress then in power in Madhya Pradesh.

Highlights and achievements of DGP, IGP conference since 2014