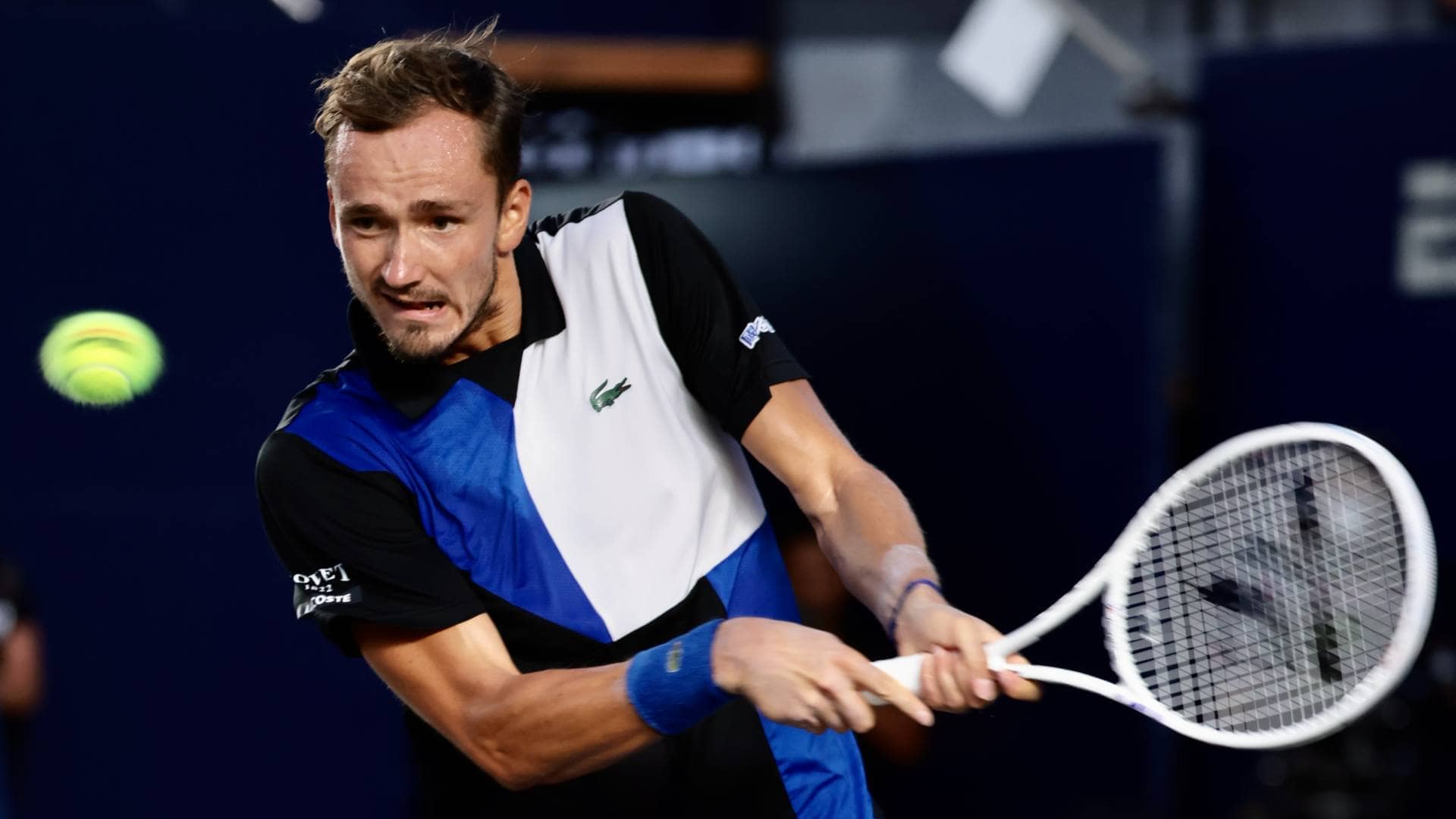 Daniil Medvedev guaranteed his stay at the top of the Pepperstone ATP rankings until at least the end of the US Open by reaching the final in the Abierto de Tenis Mifel on Saturday night in Los Cabos.

In his second stint as the world’s number one, Medvedev advanced to his fourth final of the season with a 7-6(0), 6-1 win against fourth-seeded Miomir Kecmanovic. He will face Felix Auger-Aliassime or Cameron Norrie in Saturday’s final as he looks for his first title of 2022.

“Very tough game,” Medvedev said in his on-track interview. “He started great and the whole first set was at a great level. So many difficult points, so many points where I felt I was close to the edge. The tiebreak was great.”

Kecmanovic came out firing and held a 4-1 lead after saving the first break point against him. The Serb felt completely at ease in his third semi-final of the year, and he showed it with a series of drop shots, including a three-shot combo in which he casually hit a drop shot, a volley lob and a drop volley to frustrate. his opponent.

But Medvedev started to find his groove midway through the opening set, starting to settle in with his metronomic baseline brilliance as he began to master the rallies. He was at his best early in the tiebreak and followed up a strong defense with a flipped backhand pass when he asked for more noise from the Mexican crowd.

After racing through the shutout tie-break, he stayed on the attack to build a 3-0 lead in the second set. He secured a second break late in the set as Kecmanovic began to fade and then hit two well-placed volleys at the match point to seal the win.