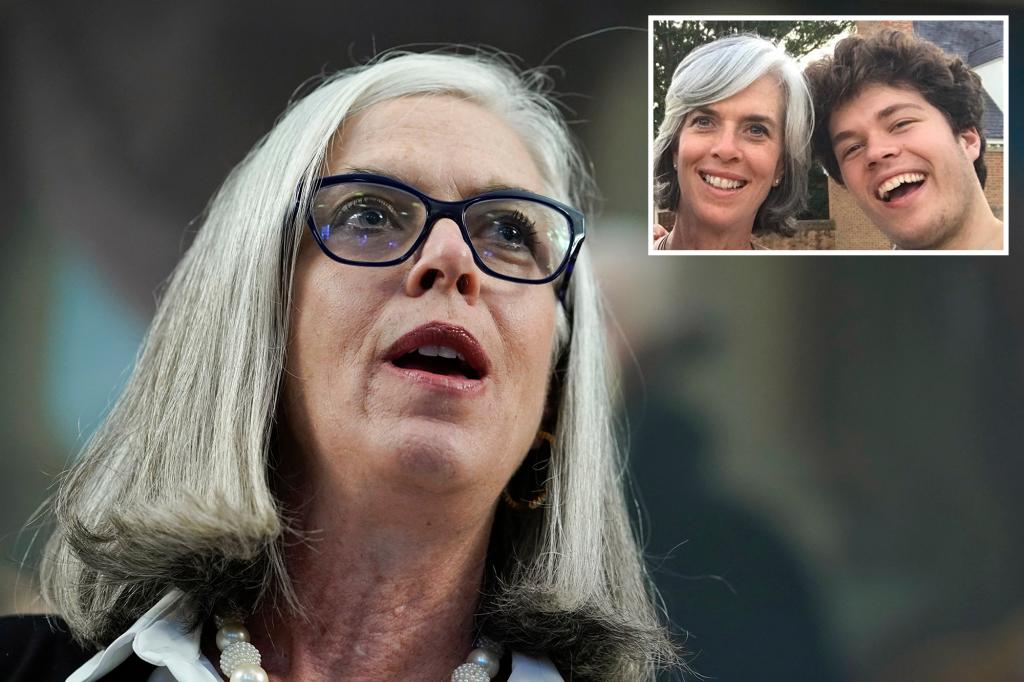 Riley Dowell, 23, was caught spray painting “NO COP CITY” and “ACAB” — an acronym for “all cops are bastards” — on the Parkman Bandstand Monument in Boston Common during a Saturday protest, according to police.

Dowell – who is non-binary and was identified by police as “Jared Dowell” – was detained for vandalism when “a group of about 20 protesters began to surround the arresting officers.”

Last night my daughter was arrested in Boston, Massachusetts. I love Riley, and this is a very difficult time in the cycle of joys and pains of parenting. This will be judged by the justice system and I have faith in that process.

The protesters reportedly shouted profanity through megaphones in the street and blocked traffic as they surrounded the arresting officers.

At one point during the angry standoff, “an officer was punched in the face and could be seen bleeding from the nose and mouth,” Boston police said.

Dowell, of Melrose, was arrested and charged with assault with a dangerous weapon, destruction or injury to personal property, and damage to property by graffiti/tags.

Clark acknowledged her daughter’s arrest on Twitter on Sunday.

“Last night my daughter was arrested in Boston, Massachusetts,” she tweeted. “I love Riley, and this is a very difficult time in the cycle of joys and pains of parenthood. This will be judged by the justice system and I have faith in that process.”

Dowell was expected to face charges in Boston Municipal Court.

ALSO READ  Biden, Trump, classified documents: Could this all be partisan hype?