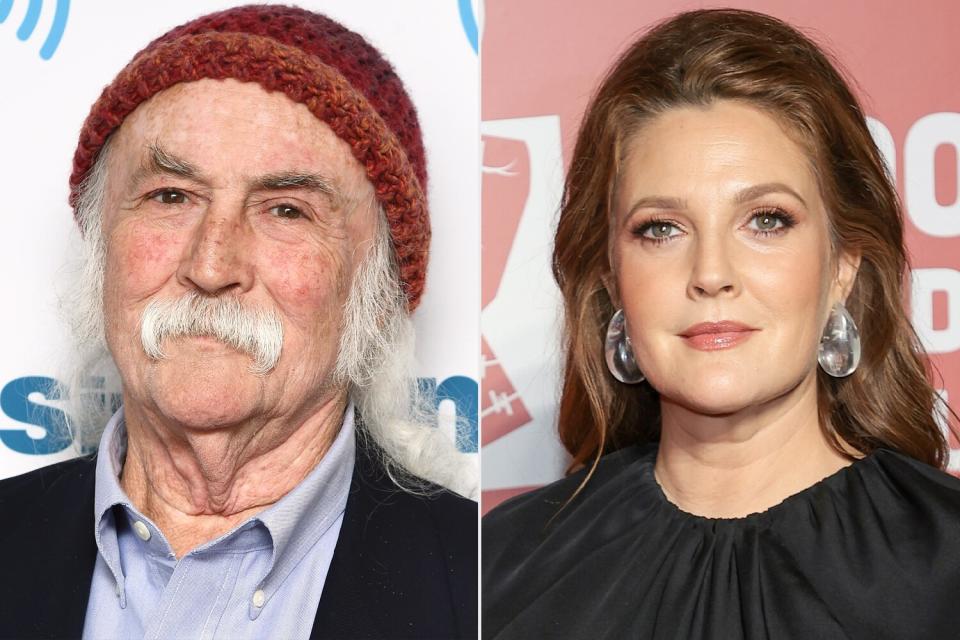 David Crosby and Drew Barrymore’s friendship comes into the spotlight following his death on Thursday at the age of 81.

The musician, who was a founding member of the bands The Byrds and Crosby, Stills & Nash, often spoke candidly about overcoming addiction. During an interview on The Howard Stern Show in June 2021, he shared how he and wife Jan Dance took in a then 14-year-old Barrymore for two months after meeting her at a treatment center.

“We knew her because we were recovering at the time. We probably went to meetings three times a week and were completely sober,” Crosby explained to Stern.

He continued, “She was in a facility that was run by a friend of ours, and they were like, ‘Oh, s—. Her insurance is up. We’re going to have to kick her out. And she’s not ready. She’s got need a safe place to go.'”

At the time, Barrymore had won emancipation from her parents and stayed with the rocker and his family for two months.

“We took her to school in the morning and tried to be a good influence. I think we were kind and loving, and it felt good to do,” he said. “You try to do things, and you’re not sure how it’s going to turn out. I think that one worked. I think she became a responsible person and is a nice person.”

Barrymore has opened up about her addiction issues that started when she was 12 years old.

While she has yet to speak of Crosby’s death, in her 1990 autobiography, she spoke sweetly of the impact Crosby had on her childhood. Little girl lost.

“Crosby. David and his wife Jan, who were both close friends of my therapist, Betty, acted as an invaluable support team to me, as surrogate parents,” Barrymore wrote in the novel. “They were always there for me.”

“I cried my heart out to David,” she later added in the clip.

Crosby died Thursday while “lovingly surrounded by his wife and soulmate Jan and son Django,” according to a statement from his wife to Variety.

“While he is no longer here with us, his humanity and kind soul will continue to guide and inspire us. His legacy will live on through his legendary music,” the statement read. “Peace, love and harmony to all who knew David and those he touched. We will miss him dearly. At this time, we respectfully and kindly ask for privacy as we grieve and try to cope with our deep loss. Thank you for the love and prayers.”