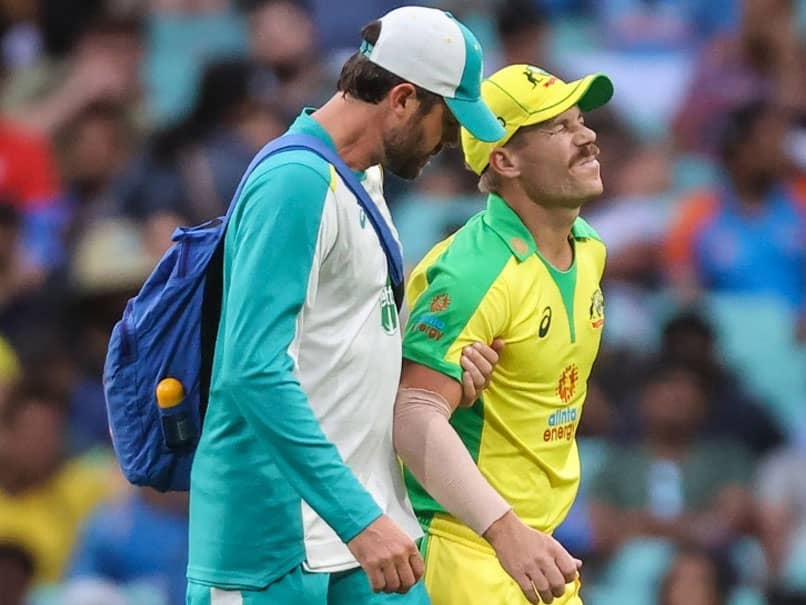 David Warner was injured in the second ODI against India in November.© TBEN

Australian opener David Warner has revealed it will take another six to nine months for him to recover from the groin injury he sustained in November. Warner suffered the injury in the second ODI against India and missed the Final ODI, the ensuing T20Is and the first two tests. He scored 5, 13, 1 and 48 in his four innings before being named to the squad for the now postponed tour of South Africa. He is expected to become captain of SunRisers Hyderabad in the Indian Premier League in the next edition.

“I’m almost back to sprinting 100% in a straight line. Next week I’m coming back to the field, picking up, throwing, very difficult that was [in the] last two weeks, even trying to pitch, ”said Warner during Fox Cricket’s coverage of the first T20I in Christchurch.

“Now it’s all about the lateral, running between the wickets, building this. It’s just the tendon that has this slight tear now. It’s going to make me worse for the next six to nine months but I’m sure the medicos will. help me out there, ”he added.

Warner added that he had to teach his brain not to worry about pain.

“I spoke to a few people who had this type of injury and they just said it was an inconvenience. You just need to teach your brain not to worry about the pain and that it won’t happen again. It’s just regaining that confidence to dodge and run as hard as possible and dive again. Once I understand this, I will be right to leave. It’s just not 100% yet, ”he said.

The Bharat Express News - March 2, 2021 0
Kobe - A 24-year-old female koala kept at a zoo in Hyogo Prefecture has been recognized by Guinness World Records as the world's oldest...