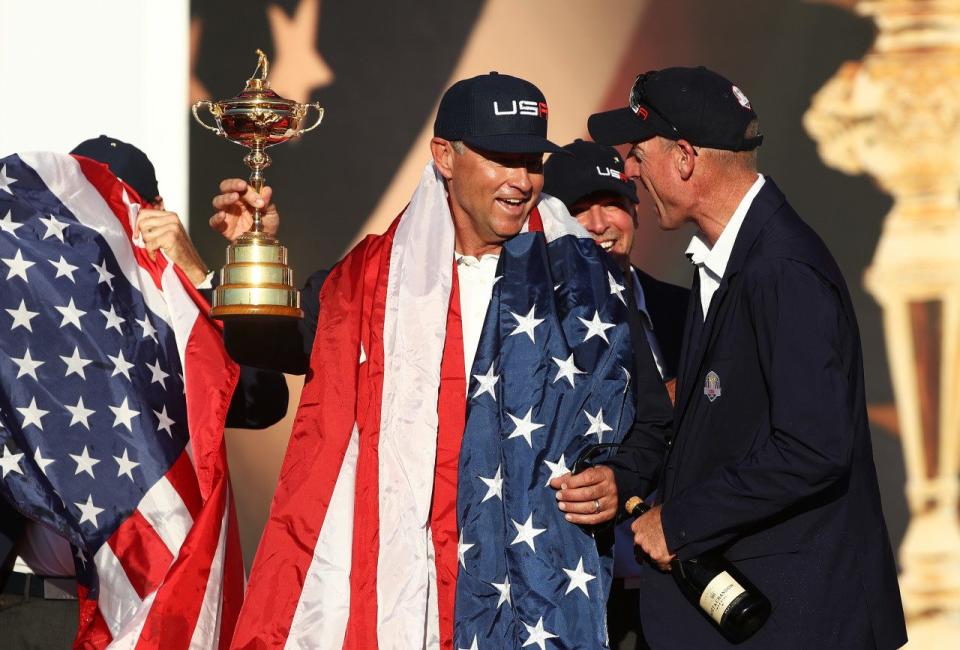 “I’ve been involved with the Ryder Cup since 2006 and I can tell you without a doubt that Davis Love III’s passion for the event is second to none,” Johnson said in a release. “When I thought about the 2023 U.S. team and who we would ask to serve as vice-captain, I had no doubt that Davis would be one of those individuals. I will rely heavily on DLIII’s experience and insight in Italy as the US team works to preserve the Ryder Cup.”

ALSO READ  Lynch: There are better PGA Tour broadcasts, but it shouldn't have been at gunpoint

“The Ryder Cup is one of the truly special events in all of sports, and I am so honored to be named Vice Captain in Italy in 2023,” Love said in a release. “Zach has worked tirelessly since being named captain and I am ready to do whatever it takes to help Zach and the entire U.S. team win in September.”

In September 2022, Love led the American side to victory at the Presidents Cup.

As of now, the six automatic qualifiers for the US team are Scottie Scheffler, Will Zalatoris, Justin Thomas, Collin Morikawa, Cameron Young and Dustin Johnson. It is unknown if Johnson is eligible for the event due to his affiliation with LIV Golf.

Phil Mickelson laughs at Sam Ryder’s joggers, gets it right back