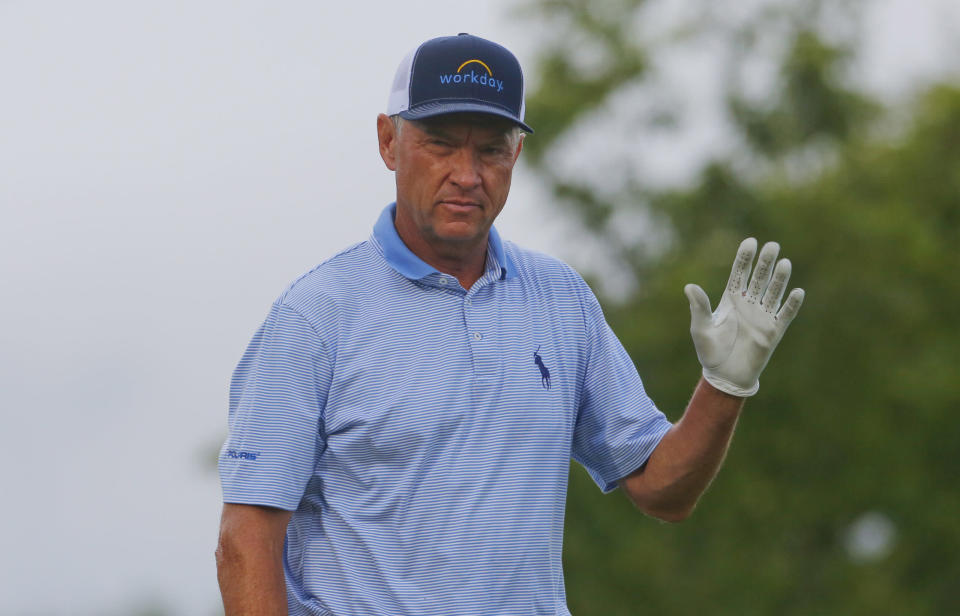 Davis Love III is the epitome of the PGA Tour business man: five drafts on the Tour policy board; created and runs the RSM Classic in his hometown of St. Simons Island, Georgia.; and captaining the US Presidents Cup, one of the Tour’s most acclaimed events, later this year.

Speaking at Detroit’s Rocket Mortgage Classic, he shared: Illustrated SportsMichael Rosenberg some interesting things from a player who is as good as anyone else in the game.

“He’s heard that LIV will sue the PGA Tour next week for the right to allow LIV players to participate in the Tour’s upcoming FedEx Cup playoffs,” Rosenberg wrote, “but then asks he wonders why LIV hasn’t been charged by now, and also why LIV is so confident it can win this fight.”

It sounds like the lawyers are about to earn their paychecks and start billing serious hours.

Love also suggested that if the USGA, R&A and Augusta National Golf Club don’t change their eligibility criteria to make it harder for LIV defectors to play in the majors, PGA Tour professionals should take matters into their own hands.

“Well, here’s the biggest lever; and it’s not the nice lever,” Love said SI. “But if a group of veterans and a group of current top players join 150 guys on the Tour, and we say, ‘Guess what? We’re not playing’, that solves it, doesn’t it? When LIV guys play in the US Open, we don’t play. If they sue and they win, well, we’re not playing. You know, there won’t be a US Open. It’s like a baseball attack.”

That would be something, wouldn’t it?

Love also noted that he had called several players and pitched them to stay with the Tour. It did little good. All players eventually ended up at LIV.

“I just threw my hands in the air,” Love said. “They get to hear so many things that aren’t true. You cannot convince them otherwise.”

He added: “I’ve already been lied to. Why would you say, ‘Yes, I’m going after the FedEx Cup’? No, they’re not going to tell me.”

Many of the big names who have remained firmly in the Tour’s camp had the equivalent of a closed-door locker room meeting not too long ago. Rickie Fowler noted that a group of Tour professionals competing in Ireland’s JP McManus Pro-Am gathered to discuss the state of pro golf.

“There are a lot of guys who want to see this Tour succeed and stay the best place to play,” said Fowler.

Good to see the PGA Tour pros working together, taking the LIV threat seriously and caring about the future of the Tour.