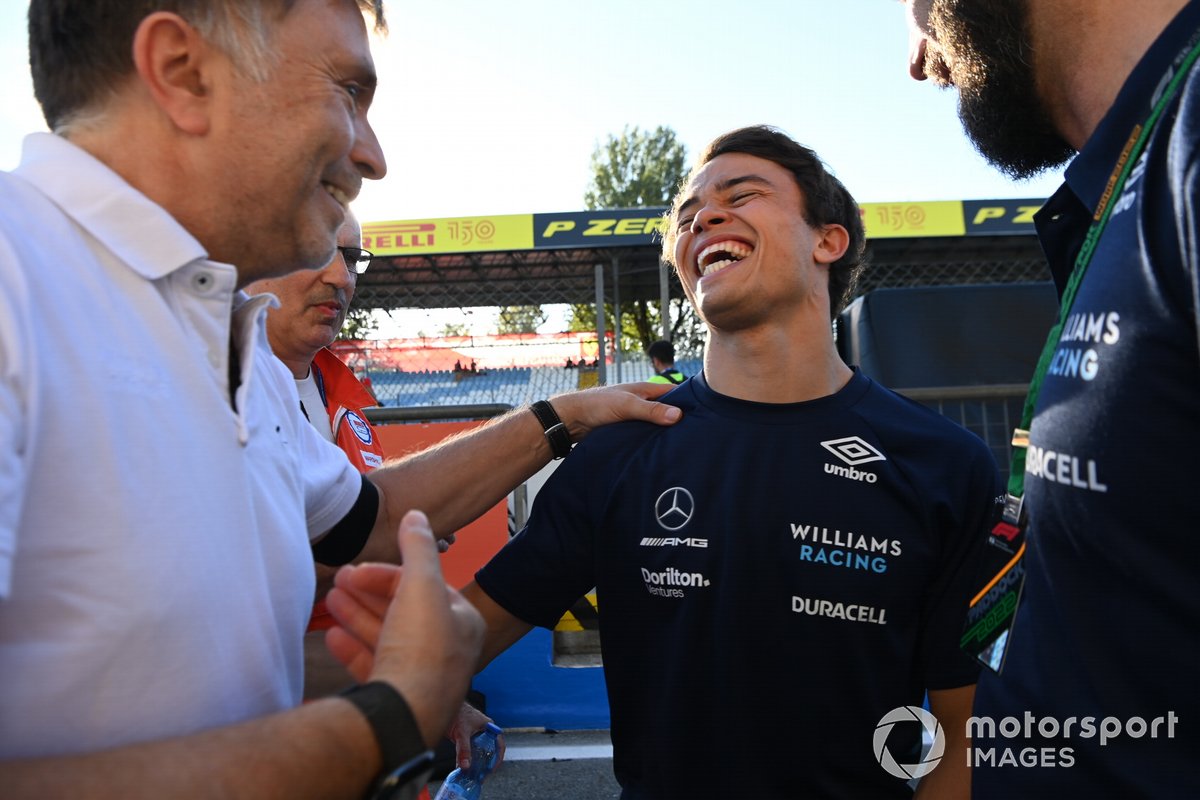 De Vries was brought in on Saturday to replace Alex Albon at Williams for the remainder of the Monza weekend, when the latter was ruled out with appendicitis.

The one-time Formula E champion qualified 13th – although he started eighth due to grid penalties for others – and finished his debut F1 race in ninth despite a reprimand for erratic driving under the late safety car.

With Nicholas Latifi’s future at Williams uncertain and several other seats available in F1 for 2023, de Vries’ strong first outing is timely.

Asked if he felt the Italian GP was some sort of audition for him regarding earning a full-time seat in 2023, the Mercedes reserve said: “I mean, every time you’re in the car, you get expected of you to do a good job.

“And every time you get the chance to drive a Formula 1 car, it’s like a job interview and an audition.

“You have to seize those opportunities, but you also have to use them wisely, because there is always a trade-off between doing too much and too little.

“But I’m just thankful that it worked out well and played into our hands. We took some points and it was a great performance. And nobody can take that away from us.”

Lewis Hamilton said on Saturday at Monza that De Vries deserved a place in F1.

Asked by TBEN if he agreed with the seven-time world champion’s comments, he added: “You know, I feel like I wouldn’t be on this grid [if I didn’t deserve it] and I think this weekend was a good performance.

“But we are always expected to do well and it’s not up to me to set a driver lineup.

“This world is very volatile and it’s not just merit that counts. So, it’s out of my control.

“But nobody can take this away from me, so regardless of the future whether I’m here or not, I can look back on a proud debut and first moment in Formula 1. I enjoyed it.”