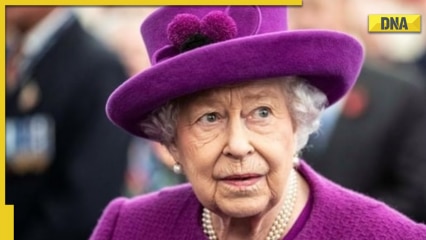 Queen Elizabeth II, Britain’s longest-reigning monarch, died earlier this month, with her eldest son, Charles, proclaimed the new King of the UK. Now the Queen’s final rituals have begun, with her funeral on September 19.

Queen Elizabeth’s glory and legacy will be revisited by many on Monday, with several prominent world leaders appearing at her funeral. Many guests, ranging from political leaders of countries to various royal relatives and dignitaries from around the world, will fly to the UK to pay their last respects to the Queen.

The official guest list for the funeral has not yet been released, but several high profile attendees such as US President Joe Biden and Indian President Droupadi Murmu have confirmed their presence on the Queen’s latest trip.

While the official guest list hasn’t been released yet, New York Post has shared the names of a few countries that didn’t make the cut. Here is the list of countries not invited to the funeral of the former British monarch.

According to the online publication, Russian President Vladimir Putin recently wished King Charles III to join; however, the country was still rejected by the UK for allegedly not being invited to the funeral

It is also interesting to note here that North Korea, Iran and Nicaragua received invitations, but they were sent only to their ambassadorial representatives and not to the head of state.

Furthermore, rumors and media reports also suggested that former US President Donald Trump will also attend the Queen’s funeral. However, he quashed these reports and said only the incumbent US president and his wife will attend.

More than 750,000 people are expected to attend Queen Elizabeth II’s funeral on Monday. After the mourning period of the Queen’s death is over, an official coronation ceremony for King Charles II will take place.