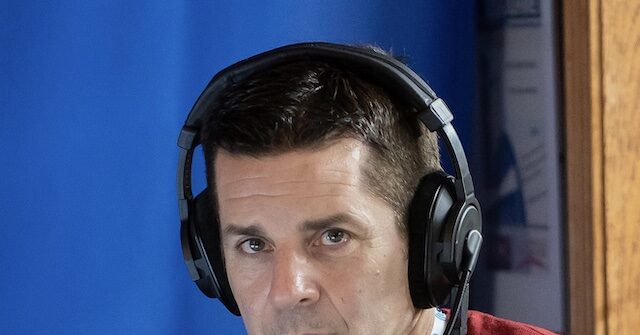 Left-wing radio host Dean Obeidallah said on MSNBC’s “The ReidOut” Monday that America was engaged in a battle with so-called “MAGA” Republicans.

Of President Joe Biden calling the Republicans semi-fascist, Obeidallah said, “I think he was reading my tweets, Joy. I’m pretty sure it did. I’ve been tweeting for over a year, daily reminder, today’s GOP is no longer a political movement. It is a fascist movement that has embraced white nationalism and wants to impose its religious beliefs as law. Tree. In short, we call it the GOP. That’s what we’re dealing with. Take a step back. You mentioned Hillary Clinton. When they investigated Hillary, remember, uh-oh, they sued Hillary, Hillary supporters are going to commit acts of violence? We didn’t hear that, because that’s normal business. If someone is charged, they defend themselves in court. Not Trump. Not the GOP.”

He added: “TBEN polls showed that 60% of Republicans do not view January 6 as terrorism, but as an act in defense of liberty. That should deter people. We are dealing with a movement, such as President Biden said political violence and cult worship is the way democracies die MAGA is how democracies die I’m glad President Biden tried to bridge that gap between, here are good Republicans, and there are more, and then here is MAGA It’s no longer Republicans versus Democrats. It’s Americans versus MAGA. That’s the combat and the framing I’d like to see in the future.”