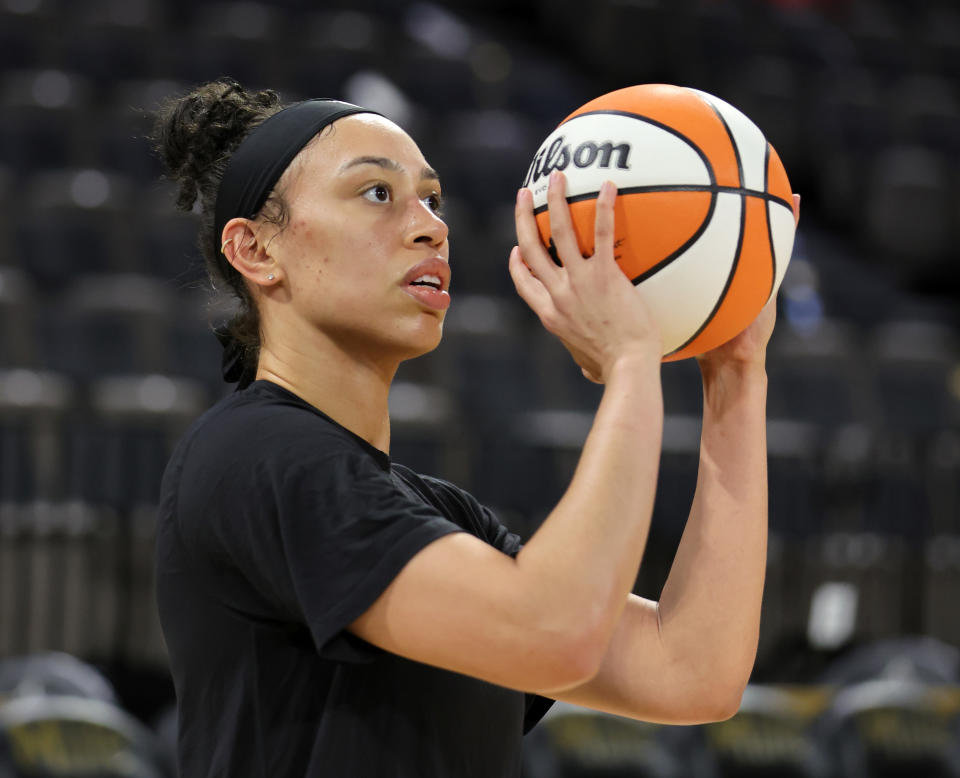 Two-time Sixth Player of the Year Dearica Hamby spent all eight seasons of her career with the Las Vegas Aces franchise and expressed hope to stay with the team — until she was acquired by the Los Angeles Sparks in a transaction that ended Saturday. announced. Now the WNBPA is investigating the management of the Aces.

In her first public comments since trading, Hamby wrote on Instagram that she is “heartbroken” after being “discriminated against”.

“I gave everything I had, right down to the disgusting comments made against me,” she said.

With that being said.. I am heartbroken.

Being traded is part of the business. Being lied to, bullied, manipulated and discriminated against is not. My character and work ethic have been attacked. I was promised things to entice me to sign my contract extension that were not followed through. I was accused of signing my renewal, knowingly pregnant. This is wrong. I was told I was “a question mark” and I was told I would “get pregnant again” and there was concern about my level of commitment to the team. I was told that “I didn’t keep my side of the bargain” (Because “no one expected me to get pregnant within two years. Did the team expect me to promise not to get pregnant in exchange for the contract extension? I was asked if I had planned my pregnancy. When I answered “no” I was told that I “didn’t take any precautions not to get pregnant”. I intended to play this season and I expressed a desire to I pushed myself throughout my pregnancy and continued to train (basketball included) on my own and with team staff – even on days when it was uncomfortable to walk, only to be told inaccurately that “I wasn’t taking my workouts seriously” and “yeah, we just don’t see that” (with my return) I remained transparent with everyone in the organization, yet my honesty was met with coldness, disrespect and contempt from members of management. sation first since the first day before one of them was here. “You get moved either way and it’s best for your career that you move on from the Aces”. The unprofessional and unethical way I have been treated is traumatizing. To be treated this way by an organization, BY WOMEN who are mothers, who claimed to be “in these shoes”, who preach family, chemistry and women’s empowerment is disappointing and makes me sick. We fought for facilities that would finally support and protect players’ parents.

This can’t be used against me now.

Hamby announced her second pregnancy during festivities after the Aces won the franchise’s first WNBA championship. According to her statement, the team promised her things to “tempt” her into signing a contract extension for last season and accused her of doing so knowing she was pregnant.

She said the Aces questioned her commitment to the team, calling her a “question mark” because she would “get pregnant again” even though she was fully committed to training and expressed a desire to return in the 2023 season. turn without missing time.

The WNBA announced a new collective bargaining agreement in January 2020. The new collective bargaining agreement was welcomed for its significant salary increases for players, but the expanded maternity benefits were designed to provide protection for playing and pregnant mothers. Hamby brought her daughter into the “wubble” in 2020 after the COVID-19 pandemic changed the WNBA season.

“To be treated this way by an organization, by WOMEN, who are mothers, who claimed to be ‘in these shoes’, who preach family, chemistry and women’s empowerment is disappointing and sickens me. used against me,” added Hamby.

In a pronunciationthe WNBPA said its investigation will work to “ensure that her rights” under the CBA, federal and state laws have not been violated.

India can reach WTC final even after losing Border-Gavaskar trophy against Australia, here’s how