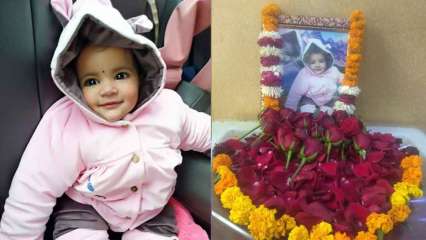 A 20 month old girl from Rohini in Delhi led by example. Dhanishtha is no longer in this world but even after she left she gave new life to five people. She became the youngest donor of corpses.

Her heart, liver, two kidneys and two corneas were donated to Sir Ganga Ram Hospital and have since been transplanted in 5 different patients.

On the evening of January 8, Dhanishtha fell while playing on the first floor of her house and passed out. She was immediately taken to Sir Ganga Ram Hospital in Delhi. But despite the tireless efforts of the doctors, the child could not be saved. She was declared brain dead on January 11. All other components were functioning in excellent condition.

Despite the irreparable loss, Dhanishtha’s parents, Ashish Kumar and Babita were magnanimous to donate their child’s organs.

“During our stay in the hospital, we encountered many patients who were in urgent need of organs. Although we have lost our loved one, our daughter continues to live and continues, either giving life or improving the quality of life for patients in need, ”said Ashish.

“This noble act of the family is truly commendable and should motivate others. At 0.26 per million, India has one of the lowest organ donation rates. On average, 5 lakh of Indians die each year from a lack of organs, ”he said.

Republic Day tractor rally: no progress at meeting between police and farmers’ unions

The Bharat Express News - January 21, 2021 0
The Oppo F19 series of smartphones are expected to launch in February. According to a tweet from XDA developers Tushar Mehta, the company...

The notoriety of Lizzie Borden is the selling point of this...