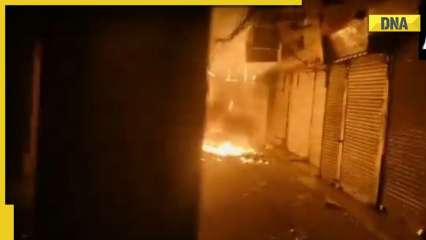 On Thursday, a major fire broke out in the shops of Chandni Chowk’s Bhagirath Palace market in Delhi. According to ANI, 18 to 20 fire trucks have been sent to the scene. According to officials, the fire started at 9:19 p.m

“The fire broke out in a store and later spread to neighboring stores. Firefighters are trying to get the fire under control. No casualties have been reported yet,” said a senior Delhi Fire Department officer. The extinguishing procedure is in progress.

More details about the situation await.


Delhi | Heavy fire broke out in the shops of Bhagirath Palace market in Chandni Chowk. About 18 to 20 fire trucks arrived on the scene. The extinguishing process is in progress. pic.twitter.com/0dYdKQB7J1