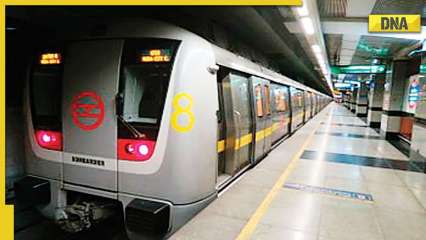 Hundreds of commuters in the Delhi metro faced a harrowing time as chaos erupted at several stations on the Yellow Line after a technical problem was reported on a train, causing services between Sultanpur and Ghitorni stations to be halted on Monday morning.

Normal services have resumed nearly three hours after the disruption and all gates are open for boarding and alighting at the MG Road metro station.

The Yellow Line of Delhi Metro connects Samyapur Badli in Delhi with HUDA City Center in Gurugram. Several people were stranded from 7am to 10am as metro services were not available between Sultanpur and Ghitorni due to a “technical problem” on a train, official sources said.

Many commuters took to Twitter, posting photos and videos of the chaos at and around subway stations. One of the videos also featured people driving a truck to reach their destination.

Earlier, the Delhi Metro Rail Corporation had tweeted around 7am to warn commuters of the service interruptions.