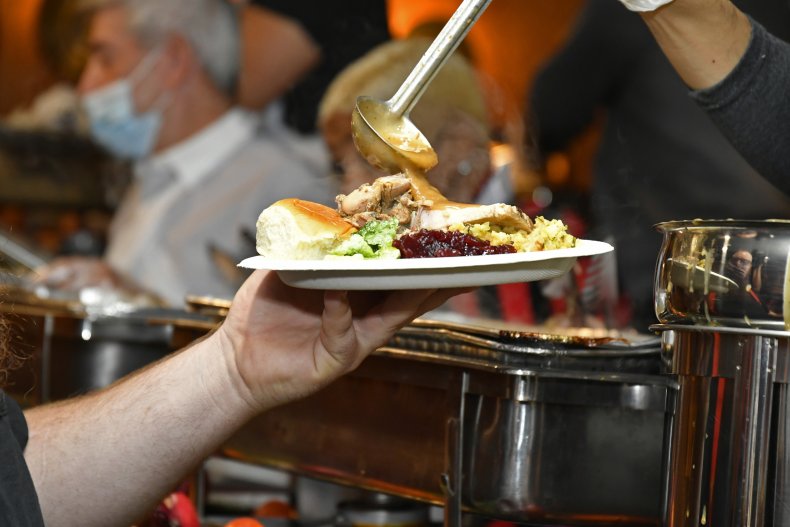 If you’re stuck with leftovers this Thanksgiving, you might find some help on TikTok.

Video bloggers come to your rescue with recipes to use up all your leftovers after your family and friends are gone and your fridge is still full.

Not only will you save some money by repurposing old dishes, you will also be doing a service to the environment. Americans wasted more than 305 million pounds of food worth more than $400,000,000 during last year’s Thanksgiving feast, according to ReFED, a nonprofit organization that aims to end food waste.

So don’t plan on throwing anything away just yet! Here are some creative ways to make new meals out of those pesky leftovers.

If the centerpiece of your meal — the traditional Thanksgiving turkey — is more than a Thursday night carcass, TikTok’s food bloggers have you covered.

Most Delicious Life, a food blog run by mother-daughter duo Cindy and Corinne, suggested a “Thanksgiving Casserole.” It’s so easy that you can make it right at the table when dinner is over. All you need to do is fill a pan with mashed potatoes, topped with sliced ​​turkey, gravy and stuffing.

“Cover and refrigerate, and when you’re done, pop it in the oven at 350 F for half an hour, and you’ve got a great Thanksgiving casserole,” the bloggers said.

If you want a nutritious alternative for the colder weather, try turkey soup. TikToker @_gloyoyo_ showed how to make the soup from leftover turkey meat along with carrots, celery, onion and the turkey shell.

Put the carcass in a pot, fill the pot with water and then add the other ingredients with some salt and pepper, according to the TikToker. Then strain the broth, cut the carrots, pick out the boneless meat and put everything back in the soup. Add some pasta, cook it all together and voila – turkey soup!

Another option is turkey pho. My Nguyen, who runs the TikTok account My Healthy Dish, demonstrated the broth consisting of a turkey carcass, onions, ginger and spices.

She dropped a bag of spices into the pot, then added fish sauce, salt, and sugar candy. Then she simmered the broth with rice noodles, green onions, cilantro, bean sprouts, and quail eggs. She finished the dish with some lime and hoisin sauce.

ALSO READ  Pfizer and Moderna to initiate clinical trials to identify adverse heart risks of COVID-19 vaccines, such as myocarditis

Make it a sandwich!

Sandwiches are among the most popular reincarnations of Thanksgiving leftovers, but you might be looking for some inspiration.

“Bake these in the oven and end up with this deliciousness,” said Choi.

TikToker Macy Blackwell showed off her recipe for ham and cranberry sliders, while blogger Meals With Mama demonstrated a Thanksgiving grilled cheese.

Are you addicted to stuffing? Blogger Grilled Cheese Social has an idea you may never have thought of: wafers made from stuffing served with a drizzle of butter and salt.

Other TikTokers have recommended a filling pie and pizza with a filling crust.