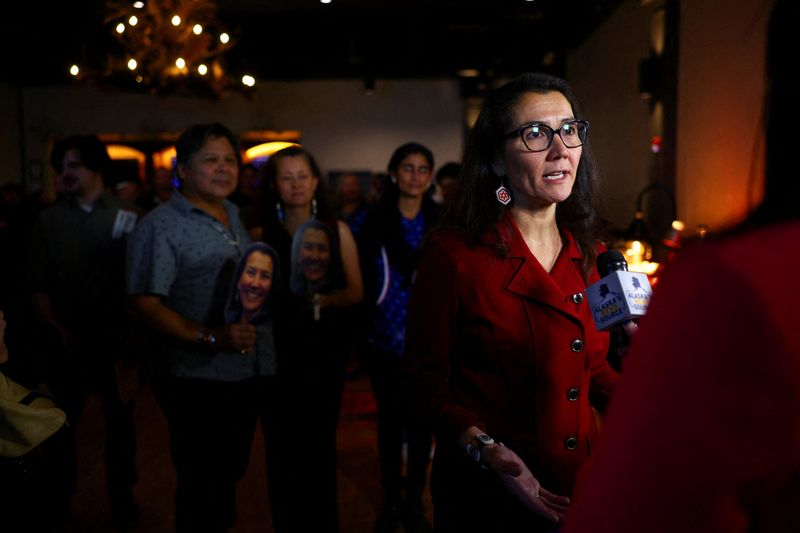 Peltola came out on top after Alaska finished adding up all ballots in a public broadcast using its new “ranked choice” system, which allows voters to rank candidates in order of preference.

In each round of counting, the candidate with the lowest number of votes is eliminated and the ballots that ranked them first are redistributed. The candidate who has the majority of the votes after all votes have been counted wins.

Peltola would have won even under the old system, as she had a significant majority against Palin and Begich from the first count.

Palin, a former governor, is a polarizing figure within the party, as her vice presidency in 2008 heralded the American Tea Party political era and paved the way for Donald Trump to win the White House.

After Peltola’s victory in an August special election against the same two candidates, both Palin and Begich pushed each other to drop out and give the remaining Republican a better chance of beating the Democrat.

But they all declined, insisting that their brand of conservatism would be more popular with Alaska voters. The state has one of the highest percentages of independent voters in the country.

The first Alaskan resident to be elected to Congress, Peltola was endorsed by the state’s longtime U.S. Senator Lisa Murkowski, a moderate Republican, as well as the staff of Republican former U.S. Representative Don Young, Peltola’s predecessor.