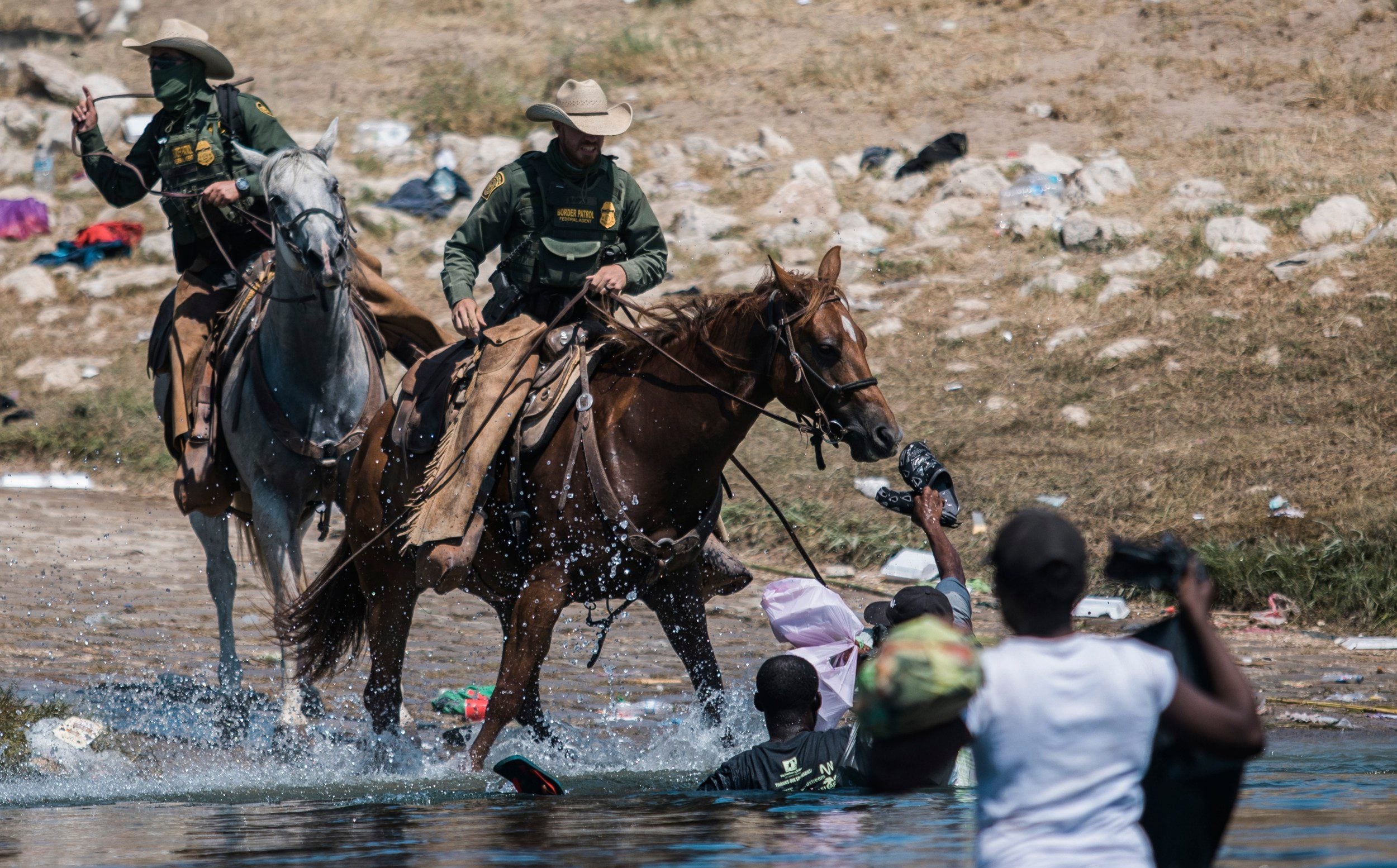 Joe Biden has decided to keep a migrant camp at Guantanamo Bay open amid angry criticism from Democrats and human rights activists, who accused him of being “no different from Donald Trump.”

The US Department of Homeland Security made an announcement for a contractor to run the camp, saying some of the guards speak Haitian Creole.

However, officials denied that the intention was to send some of the thousands of illegal Haitian immigrants who gathered at a makeshift camp in Del Rio, Texas last week.

This happened after police were filmed on horseback chasing Haitians in Del Rio, and when the United States launched deportation flights.

Marisa Franco, executive director of civil rights group Mijente, said: “They will have a hard time repeating the story that Trump is the only one who is inhuman. The question now is: how are you [Mr Biden] really different from Trump?

Maxine Waters, Democratic Congresswoman, said, “We are following Trump’s policies. What are we doing here? “

The backlash came as a beleaguered Mr Biden battled crises on all fronts – including the surge to the border, an infighting within his own party over his massive spending plans, a potential closure of the government and a diplomatic quarrel with France.

In the 1990s, the United States sent thousands of fleeing Haitians to a refugee camp at Guantanamo Bay following a coup in their country. The new contract issued by the Department of Homeland Security this week said it was looking to operate a facility that would have a daily population of 20, but could grow to 400 people requiring tents and baby cots.