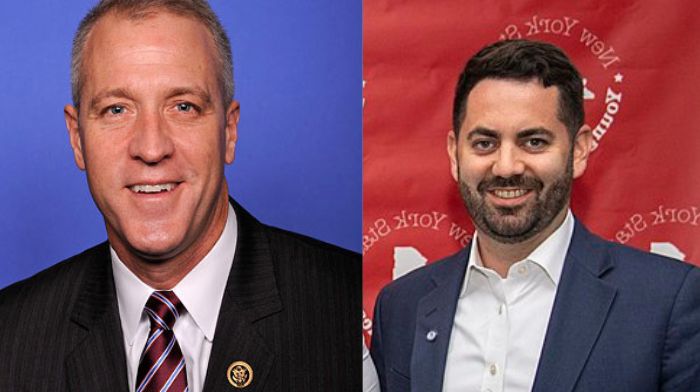 By Sarah Roderick-Fitch (The Center Square)

Maloney is the chairman of the Democratic Congressional Campaign Committee, the first in either major political party to lose a general election race in 42 years. He admitted the race on Wednesday, with Lawler taking just over 50% of the vote.

President Joe Biden carried the district by 10 points in 2020.

In the quest for control of the House of Representatives, Lawler’s victory brought Republicans closer to the magical 218-majority mark with many races yet to be declared. The day had started with 40 undecided.

Maloney, speaking from Washington, said: “I didn’t like losing, but my opponent won this race. He won it fair.”

House Minority Leader, Rep. Kevin McCarthy quickly celebrated the stunning victory in a tweet: “Big win in #NY17! Mike Lawler fought tooth and nail to defeat the DCCC chairman and will be a strong voice for freedom in Congress. Well done!”

Lawler, a first term councilman, tweeted, “Humble in victory, merciful in defeat.” He concluded his tweet by thanking Maloney for his ten years of service in the Hudson Valley region.

Maloney represented the 18th district until it was redrawn and litigated. Maloney chose to run in 17th, which Rep. Mondaire Jones, a fellow Democrat, pushed to 10th. Maloney chose the 17th for left projection.

Democrats were desperate to hold on to Maloney’s seat. Former President Bill Clinton campaigned for Maloney, emphasizing the importance of preserving Maloney’s seat.

“We can’t lose a member of Congress with his seniority,” Clinton said during his campaign speech.

But they did, and there were more as Election Day ended and Wednesday began. New York’s 18th, 19th, and 22nd boroughs hit the bull’s eye before the election and played out like that.

ALSO READ  After Macron complains about US climate policy, Biden rushes to appease the EU