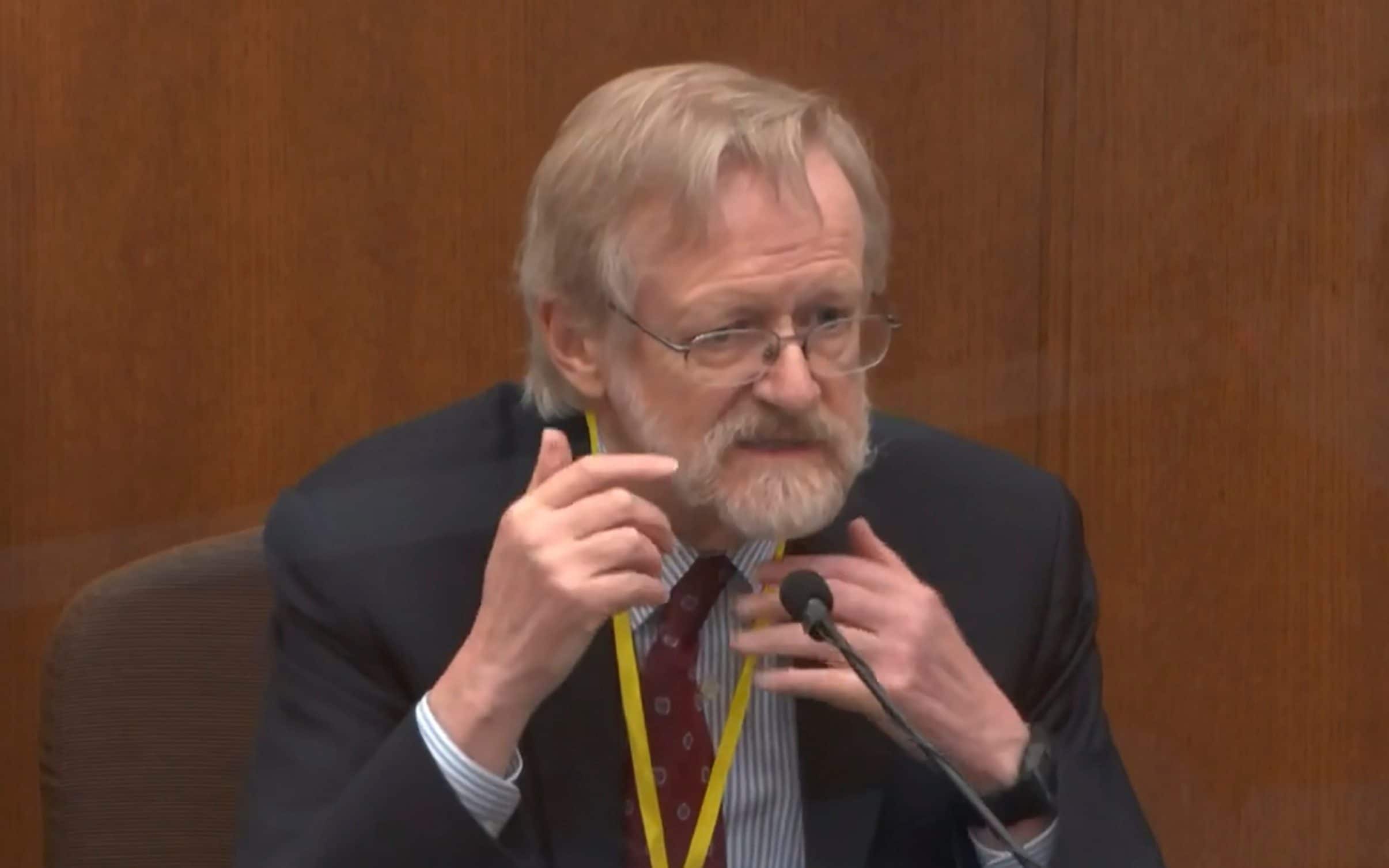 The defense argued that Mr. Chauvin was doing “exactly what he was trained to do in his 19-year career” when Mr. Floyd was arrested for allegedly using a fake $ 20 bill at a Minneapolis store. last May.

But Dr Tobin’s testimony on Thursday was designed to anticipate and undermine the defense’s claim that the fentanyl found in Mr Floyd’s system, combined with existing heart disease, led to his death.

Dr Tobin, of Irish descent with decades of respiratory experience, is a specialist at a large Chicago hospital and teaches at Loyola University in the city.

He told jurors he refused to be paid for his testimony in the Minneapolis courtroom, but believed his knowledge would help “explain how Mr. Floyd died.”

He described how Mr. Chauvin’s knee on the left side of Mr. Floyd’s chest allegedly restricted the amount of air that could enter, comparing it “almost to the effect as if a surgeon had entered and removed the lung. “.

He categorically stated that the fentanyl in Mr. Floyd’s system “had no effect” on his breathing.

Dr Tobin said he had examined the footage of the fatal arrest and concluded that Mr Chauvin’s knee was “practically on the neck for the vast majority of the time”.

He also explained how the actions of another officer, J Alexander Kueng, further impaired Mr. Floyd’s ability to breathe.

Mr. Keung held Mr. Floyd’s left hand up while Mr. Chauvin’s right knee squeezed his side, meaning the unarmed, handcuffed man’s ability to expand his left side was “enormously. altered “.

“It’s the way the handcuffs are held, how they are pushed, where they are pushed that totally interferes with the central features of the way we breathe,” he said.

Dr Tobin also showed pictures of Mr Floyd’s finger and knuckles digging into the ground as police held him down.

“To most people it doesn’t sound terribly meaningful. But for a physiologist it is extremely important because it tells you that he has exhausted his resources and is now literally trying to breathe with it. his fingers and knuckles, ”he said.