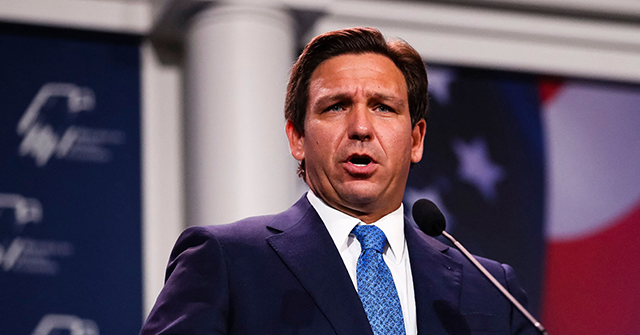 On Wednesday, during an appearance on FNC’s “Tucker Carlson Tonight,” Governor Ron DeSantis (R-FL) discussed how his state plans to deal with Communist China’s attempts to buy up land as real estate prices continue to rise.

Florida’s governor said he planned to work with the Florida legislature to introduce a “flat ban.”

“So one of the challenges is in Florida, so many people have moved here, but real estate prices have gotten really high,” host Tucker Carlson said. “Overseas, China specifically buying up more real estate is not helping any American. This also happens in other states. What is your idea of ​​how to deal with this?”

“We don’t want CCP land purchases, and obviously they’re not going to do it directly,” DeSantis said. “They’re going to have shell companies, so we’re going to have to have a system to scrutinize this. But why would we want them to buy farmland? They had very little farmland in the United States, even 10 years ago. Now they have significant holdings, not so much in Florida, but you do have it in other parts of the country. Why would we want the CCP to own land near a military base or own critical infrastructure?”

“So we’re looking for a flat ban, and so we’re going to work with the Florida Legislature to get that done,” he continued. “Tucker, American policymakers have been strengthening the CCP for a generation. They said it would work out in the end. China would become a democracy. In fact, this is a very serious threat to our country. Why would we want them to have even more influence on American society than they already have?”