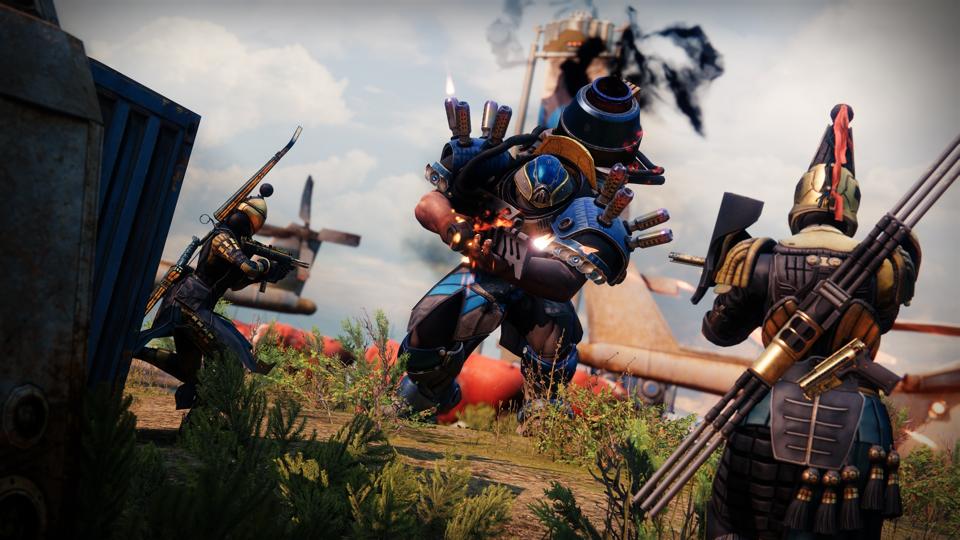 I’ve given a bit of a talk about why Destiny 2’s Season of the Chosen is going so well, mainly focusing on loot and loot pursuit, which has been improved a lot in both Beyond Light and Season of the hunt. But I think it’s worthless that Bungie seems to have flipped a switch to fundamentally change things up in all the new fight encounters we’ve seen this season, which made things a parcel More fun.

This is true both in the three new Battlegrounds activities we’ve seen so far, as well as in the Devil’s Lair Strike that has been resumed. This will likely be the case for Battleground Four, Fallen SABER, and the New Strike, too, if current models suggest a trend.

Put simply, this all means that Bungie is blocking more and more enemies per encounter. The difficulty of each particular enemy hasn’t been increased, necessarily. Battlegrounds are a low power level event in the mode where champions show up, and yet you throw 15 phalanxes, 20 legionnaires, 5 centurions, 3 colossi and 10 psions in an arena with a boss and it will be just hard to hack them all. without being overwhelmed.

Tough, but fun! Battlegrounds missions are non-stop combat encounters, pouring wave after wave of enemies at you essentially without interruption. Things get really crazy during the boss phase because the more enemies there are the more the boss’s health drops, and fighting through mobs is just as important as burning the boss.

Devil’s Lair illustrates how this principle also applies to strikes. I’ve seen Datto talk about the fact that the Sepiks strike was basically only three pieces, much, much smaller than most Destiny 2 strikes, and yet it has more actual enemies in it than even the longest ones. and larger in-game strikes like The Corrupted or The Scarlet Keep. You can really feel it while playing, and even though Sepiks is the Destiny’s first shot in history, it feels more fun and challenging than most of the current ones.

Too often Destiny seems to focus on duration and the environment, doing strikes or other sprawling long business activities, but where you could only fight a handful of enemies in a really long streak of small rooms. But with the Sepiks, we see that it is more fun to have only a few large rooms with a tonne enemies in them. When you think back to the last activity that really had some wild enemy density, it was probably Menagerie or Escalation Protocol, both fan favorites, but here we seem to be even a level above in some cases, and with no timers or complicated goals it’s just a lot of shoots, which Destiny is the best.

As such, I’m excited to see both the new strikes and the final battleground to see how this principle could be applied there, too. The exception to this idea of ​​”enemy density” is probably the Presage mission with its scorn, but that’s understandable there, given that the mission is supposed to be mostly about solving puzzles with less focused combat. . But who knows, maybe that will change once the heroic version arrives.

Destiny’s strength has always been his fight and I think he found a pretty easy way to make activities more fun by just throwing heaps of enemies into encounters. I’m not sure if this is something that just wasn’t possible before the recent backend changes and engine upgrades, or if it has nothing to do with it. But it’s something we really haven’t seen at this level until now.

The Bharat Express News - March 4, 2021 0
One Testing with one to play has been an unusual place for England over the past 30 years. I can only think of...