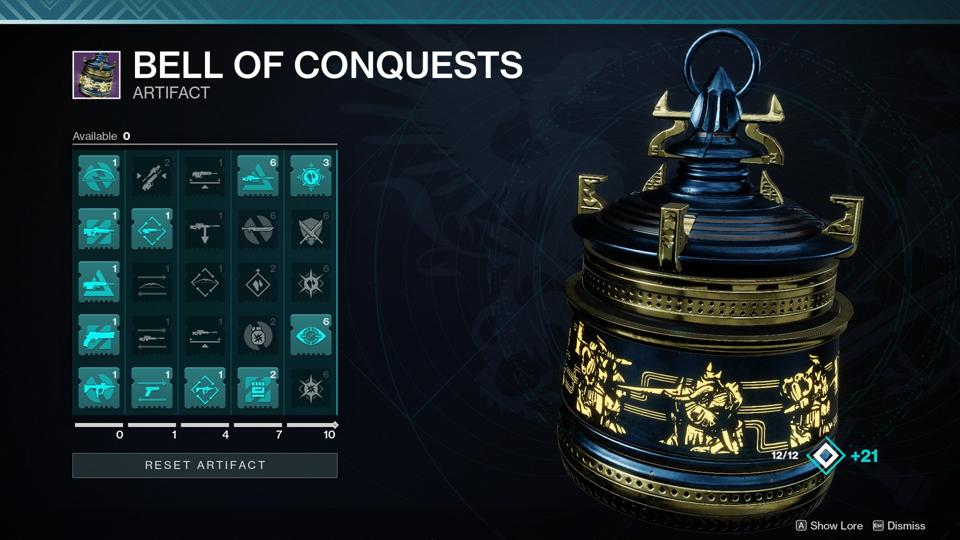 At the risk of sounding like a broken record, I thought it was time to talk about it again, given that we are ending six seasons with a seasonal artifact in Destiny 2, and hardly anything in the system has changed since. its launch. , other than individual mods.

While I liked the Seasonal Artifact to some extent, allowing for more interesting builds thanks to its mods, and recently the ability to turn Exotics into anti-champion weapons, there is one thing I can’t understand. Why it has not been changed since launch.

You might already know what I’m talking about. It would be the inability to choose more than 12 mods at a time, and in order to get new mods you have to respec it all for an increasing amount of glow each time, choosing 12 more mods and dropping a few more. And since the “progression” system works, by the time you reach the last column, you can only choose two.

Just … give us all the fucking mods.

The way the seasonal artifact should the job is that you end up getting as many unlocks as there are mods, so you can have them all available at once instead of choosing 12 out of 25.

Look, I might understand why Bungie did this initiallybecause they didn’t know how these new mods were doing and they were worried about stacking too many at a time to interrupt the game.

But six seasons later, not only did it not happen, but it seems pretty clear that it is nearly impossible for it to happen. can happen, even though players had all 25 unlocked at once. Why? Space and energy availability.

The point is that you physically can not stack them in any “broken” way even if you had access to all of them because there is simply no space. And even trying to combine two powerful mods like the last lines rarely works. the only pair that corresponds to the focus lens (3 energies) and everything else, because everything else is 6 energies. So, you can never combine two to six energies together, even if you have access to all of the mods in that row at the same time. And even to do that, you ditch almost every other mod on that entire item, unless something costs 1 energy.

What is the point of the current system? All it does is subtract the glow and make players much less likely to play with the full spectrum of mods they’ve made for the season due to the cumbersome and cost of respec. The way this is set up means that it’s more or less impossible to break the game with “too” stacking of these, and if there are any OP issues, they’ll probably still be there with either. without unlocking the 25 (oppressive darkness, heavy finish, etc.).

I don’t care about the Seasonal Artifact as a whole (grinding XP for potency is a different story, especially next season when the Artifact is the main power source with the gap shrinking from speed), but the way this system is configured makes no sense and has not since its inception. Bungie is all about the evolution and growth of Destiny, and yet, for my life, I can’t understand why almost nothing has changed in how Seasonal Artifacts work since their launch.