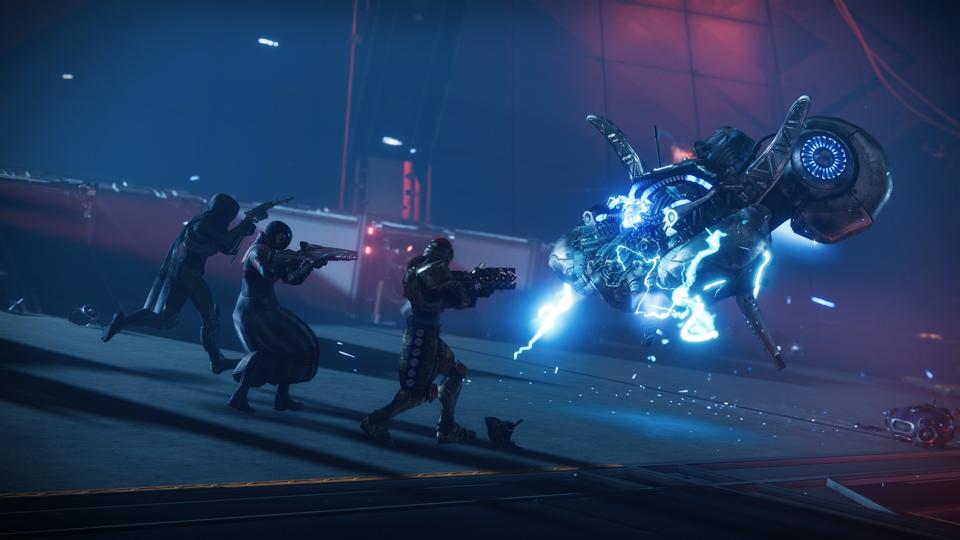 Here in Season of the Chosen Week 3, Bungie is not slowing down with content yet, and there are three key elements live today, one being a restored bug, but the other two being Actually New.

Firstly, we didn’t have to wait long for the arrival of Master Presage, the higher difficulty version of the new Exotic Quest that will now grant players the weapon’s catalyst, which will increase its range fire potential. hip with faster ROF and better accuracy, like a real repeater (I guess? At least in the cowboy movies).

Master mode is pretty weird. The modifier says he has a Champion Mob, but there are … no champions in the race. I thought Bungie might have finally made Champions of Scorn, but that doesn’t appear to be, and it’s just a bunch of yellow bars at 1320 power. I’ve only done this once, with a friend, and thanks to the new 25 minute timer, we failed! None of the puzzles are different, but there are entirely new voice lines where Caiatl chats with Osiris. You can also pick up the dead ghost you found last week and that’s scary to say the least.

I don’t like Master Mode because I think the timers are lame and it’s weird that there aren’t any champions. It might be a bug, but I’ll do a real race with a full team later.

We also finally got the Fallen SABER strike in the game, the Destiny 1 strike taken over in the Cosmodrome which has been out of service for two weeks due to a bug, but is restored today. It’s not Nightfall or anything, but you can cast it from the director and it should be in the strike playlist. Like the attack on the devil’s lair, this is the old structure of dialogue and mission, but with a few changes and additions, but not many that I’ve seen.

It wasn’t difficult, but it’s not the Nightfall either, and it’s easy to see how it will likely be. very tough in the boss room especially with barely any cover and what will no doubt be barrier minions and overload captains everywhere. I’m not happy about it. The enemy density didn’t seem as wild as we saw in Devil’s Lair, but again, this is just a regular version of the strike and that could change in Nightfall. I feel like I have less nostalgia attached to SABER, but I guess it was neat to relaunch it.

The final battleground, the fourth, and another over Nessus are live as part of the seasonal story content that continues to unfold. It’s the latest to debut, which means the playlist now has all four Battlegrounds that will be in rotation, although we’re still waiting for the new Proving Grounds strike that will appear as some kind of development of story next month. It takes place in the old “Cayde Rescue” missions under Nessus, an area that hasn’t been used for a long time, and you fight a Psion boss who uses some mechanics from the Psions Sundial, at least the one who summons the lightning. Bring your Riskrunner.

Today’s patch also fixed issues with Valor not being able to be reset, and restored lost mods attached to last season’s artifact that people were missing like the Shotgun Ammo Seeker and the hand cannon targeting. Some bugs remain pending, such as the Eyes of Tomorrow issue, with no fix schedule at this time.

There’s a lot going on here this week, as I haven’t even mentioned Iron Banner yet, which featured two salvaged weapons, including the first Rapid Fire Pulse in ages, which will likely be worth it. I still have to incorporate new upgrades into my hammer, but the priority is going to be Presage because it will bother me otherwise.

‘Pokemon GO’: Here’s What You Get From ‘The Bravest Bird’ Community Day Special Research