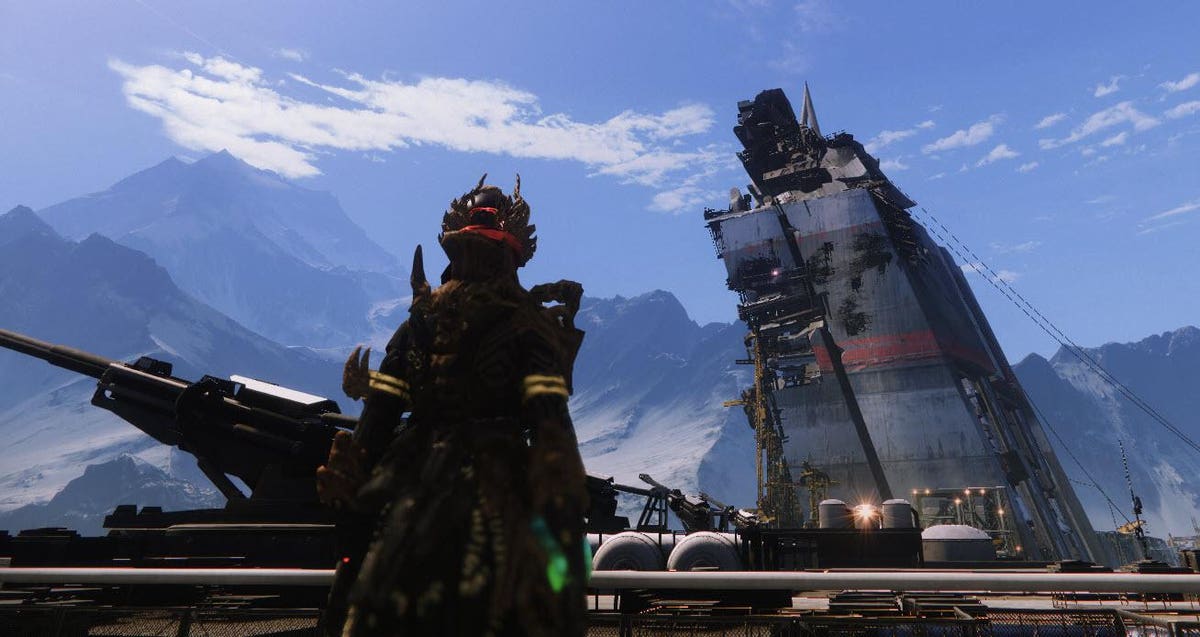 Well we’ve only got two weeks left until the unnamed season of [???] happens (“Chosen” by some accounts), and after the recent secret quest revealed for the Hawkmoon quest finale, I don’t expect much from these two resets other than maybe a few teases.

Today we don’t even really understand that. No cutscene, no mini-quest, nothing. The only real “event” happening this week on reset is the Double Nightfall Ordeal rewards (The Scarlet Keep, ugh), and farming for more Hawkmoon Feathers and Rolls in Harbinger (who still hasn’t. her corrected vocal lines).

This is, however, the first week you can get the legitimate ship without removing any characters (feathers moved, FYI), so I figured I would talk about the pretty important lore attached to it, even if you could read that ahead of time.

There are two, maybe three parts to the Harbinger ship reveal, the Radiant Accipiter. An Accipiter is a type of hawk, so uh “glowing bird” which means meaning, given Hawkmoon’s quest.

The first revelation is that this is a totally paracausal ship created by the Traveler, the first we have ever seen apart from these little fragments of pyramids that keep flying. This is Amanda Holliday:

“A paracausal ship. It’s a new one. No navigation system, no controls, no computer because it responds directly to your thoughts. Not much to tinker under the hood. Mainly because… there is no hood either. – Amanda Holliday “

But there is more, because this is just the text of the flavor. The entrance to the tradition comes from the President, apparently uttered when he was in Ghaul’s captivity. In it, he tells how he is the last speaker, and there would be no more after him. Why? Because the Traveler has changed, and will now speak to us directly, when he wants:

“In the time to come || make a choice || the Traveler will speak freely. Those who listen will know || the dangers to come ||, and those in the know will listen. They are not || forgotten || Speakers, because our time is up. A new era is looming and I would like to live to see it. I am the last speaker and I am at peace.

This means that the growing theory that Crow could become the new President, given the Travelers’ clear interest in him, will almost certainly not come to pass. The Traveler talks to him, yes, but he has done the same with us in the past, and that’s just how he works now.

The last part of this is that there are all these little line breaks all over the lore (||) that some people think might indicate some sort of message hidden here somewhere. If there is one, I haven’t found it yet, or found anyone who deciphered it, but I’ll check with a few people from RaidSecrets.

Finally, we still haven’t seen that infamous Cabal / Zavala / Osiris cutscene which, at this point, has to be on next season. It’s unclear if this will appear as a teaser for next season anytime soon, or if it’s something to play out next season, but it’s not here this week. While suffice to say, the lore entries and this cutscene seem to indicate that next season might be all about us uniting with Cabal to fight the wrathful Cabal of Xivu Arath in some capacity.

So yes, slow week. Go and return the Crucible tokens or something.

The Bharat Express News - February 28, 2021 0
Lorraine Kelly reveals she and her family have gone through 'very difficult...