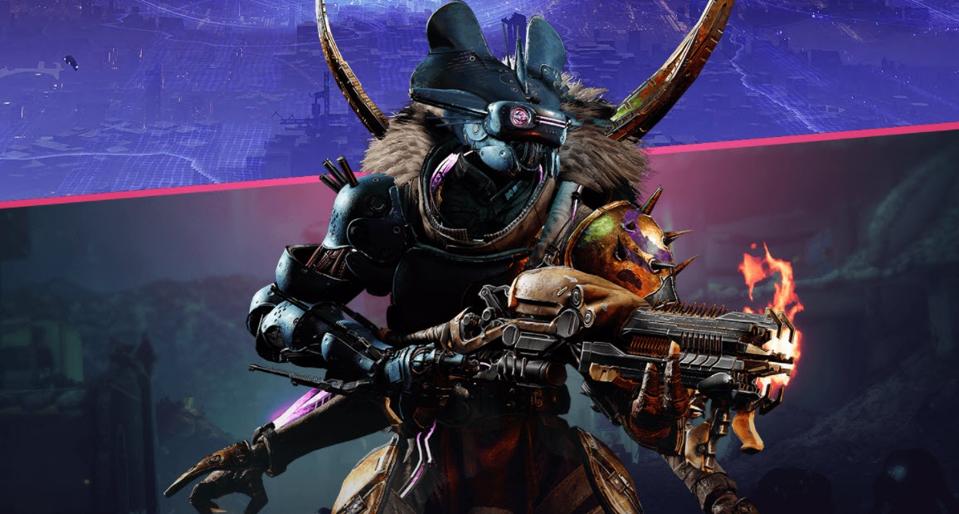 Well, the leaks (from Bungie’s own website, no less) were right. Destiny 2’s next season is indeed called Season of the Splicer, although it does. do not seem to mean what a lot of people have thought, including me.

In an info / trailer revealed today, Destiny gave us a first look at the season that kicks off next week, and no, despite the last time we saw Fallen Splicers for good, there is. no sign of SIVA. Rather, the “splicers,” a term for fallen scientists, work with our old friend Mithrax, Kell of House Light, and our main adversary will be the Vex.

It’s been quite a while since our last Vex-focused season, although having one here makes sense, given the return of the Vault of Glass. While VoG won’t return with a new story accompanying it, that doesn’t mean it will have no place in the new story. And here’s what we know about it so far.

The Vex brought constant darkness to the last city, possibly all of the land, it’s not clear. Why? I have no idea, but it will ask House Light to help us and we will learn “the ways of a sacred splicer.” It’s up to the Guardians to harness the new Splicer technology to stop the simulation and restore sunlight. So, is it like when Lex Luthor made the sun red with satellites so Superman lost his powers? It looks a lot like that.

Either way, there’s good news in this season of the Splicer that marks the return of a six-man matchmaking activity as a seasonal offering for the first time since the Sundial. It’s called Override where we “unlock secrets and steal Vex code”. There’s also another weekly summit mission called Expunge to run which seems like a weekly thing we’re supposed to do like Presage or Harbinger before that, although if we’re talking about it now, it’s not exactly a secret, and no exotic is mentioned as related to him.

There is a exotic mentioned, the season passes a, and it is a Stasis Exotic handgun called Cryosthesia 77K. We know Bungie wants to make Stasis a real weapon damage type, although with a name like that I guess Cryosthesia has real freezing powers. Careful, Crucible.

There are 30 new and reused Legendary weapons coming up, four of which are seasonal which you can see below.

Three new Exotic Boots have been revealed, one for each class:

Star-Eater Scales: Allows hunters to feast on Orbs of Power, charging their Super faster and making them more powerful.

The path of the burning stages: Titan armor that converts solar kills into increased weapon damage and makes them harder to lock down with Stasis.

Assembler’s Boots: Condenses a warlock’s healing or buffing energy into projectiles that seek out their allies to provide them with noble benefits.

Speaking of Crucible, there is… nothing listed in this brief season summary. That’s not to say nothing is coming (we already know about four new Iron Banner weapons), but it wasn’t mentioned initially, at least. There are also sections reiterating what we already know about the return of Vault of Glass, and a mention of transmog with no hint of changes to the capped system, which appears to be indeed locked in place for this season.

The splicer season will run next week, May 11 through August 24, which is 3.5 months, and we’re a bit off the regular schedule given that Destiny used abandon expansions in early mid-September. Now we know the Witch Queen is coming in 2021, so does that mean a really long season and early debut, or two more seasons? That’s a question for another day, I guess.