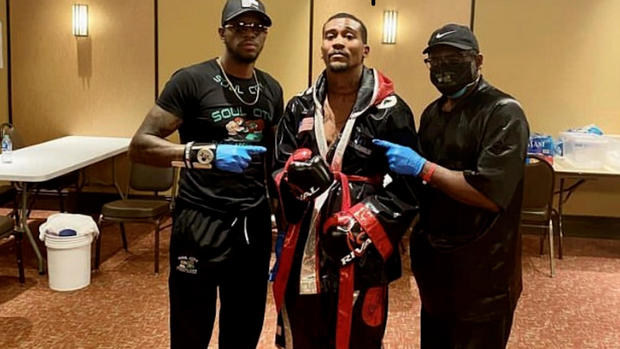 (TBEN DETROIT) – The boxing community mourns one of them who was shot dead by a family member.

Fighting in the ring is how Detroit-born Isiah Jones made his living. His trainer, Roshawn Jones (no relation) says an argument ended Monday with Isiah’s death.

“As soon as I got the call, I dropped the phone and burst into tears, and I didn’t believe it at first. But when the person who told me, I said this person is not going to play games like that,” said Roshawn Jones .

At this time, the Detroit police are not releasing the victim’s name, saying only that a 28-year-old man was shot and killed by a family member on the 9300 block of Stout Street at about 6:26 p.m. Monday.

“Sometimes we can’t explain those things. It was just a tragic, tragic event,” Roshawn Jones said.

Roshawn Jones first met Isiah nearly a decade ago and saw him turn pro by winning the 2016 National Golden Gloves.

He adds that Isiah would participate in hard fights with big payouts to take care of his two children.

He has launched a GoFundme campaign to help with Isiah’s funeral expenses.