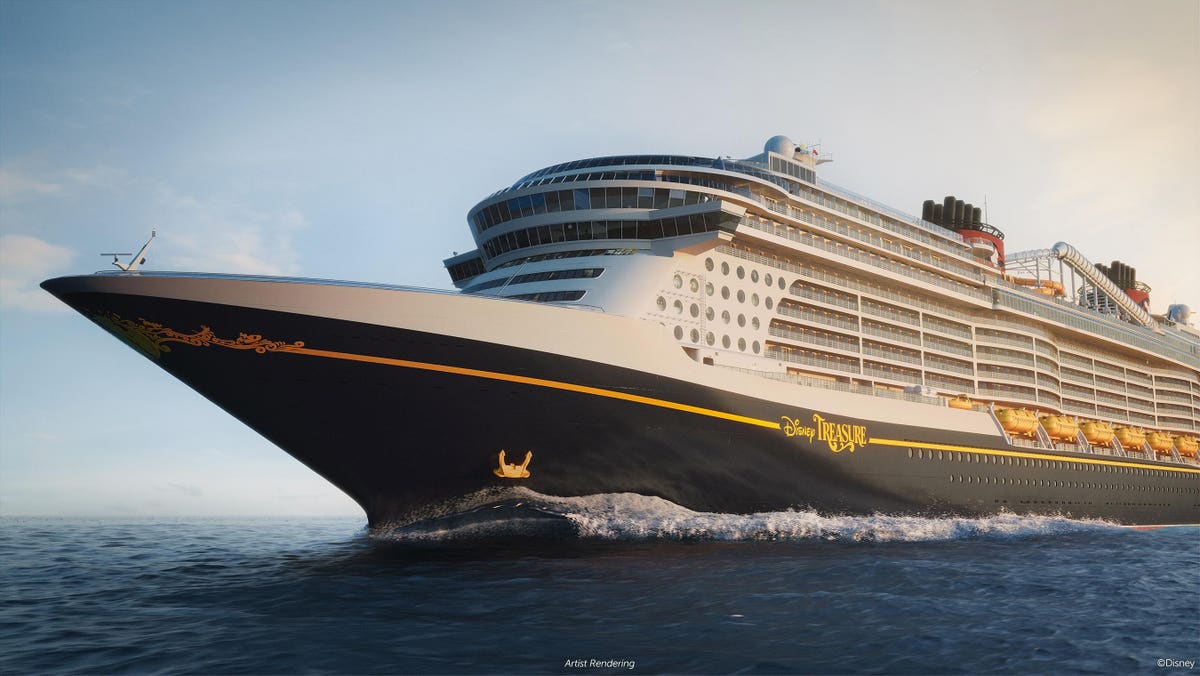 The concept video for the new ship showed that Disney Treasure was designed with the theme of adventure. That adventure theme was inspired by Walt Disney’s love of exploration that influenced so many Disney movies and theme parks.

The Disney Treasure is expected to welcome passengers in its 1,254 guest cabins by 2024. It is a Disney Cruise Line tradition to have a distinctive atrium character for each ship. On the Disney Treasure, beloved characters Aladdin, Jasmine and Magic Carpet are honored with a floating statue.

The ship will also feature an expansive Grand Hall that captured the theme of adventure, encouraging guests to seek out treasure throughout their experience. It is a tribute to the land of Agrabah of aladdin with real-world influences from Africa and Asia.

“At the heart of every adventure lies a treasure, and we can’t wait for you to create memories aboard this spectacular ship,” explains D’Amaro.

News about Disney’s second island destination in the Bahamas

The new images show that plans for the island include a colorful retreat with beautiful beaches, a leisure center, shops, dining options, a cultural pavilion and a water playground.

Disney has pledged to develop less than 20 percent of the island. It will use solar energy to power 90 percent of the site’s needs and also utilize sustainable building practices. Disney also donates more than 190 acres of privately owned land to the government.

The Disney Wonder is coming to Australia

Another surprising revelation was that Disney Cruise Line will be offering cruises in New Zealand and Australia for the first time next year aboard its ship, the Disney Wonder. The brand new “Disney Magic at Sea” cruises will first depart in October 2023 and run until February 2024.

“We’re so excited to bring something new to those who may not have experienced this kind of Disney magic before,” D’Amaro said.

The cruises range from two to six night adventures. These voyages depart from three ports in Australia (Sydney, Melbourne and Brisbane) and one in Auckland, New Zealand.

The ship will be the destination featured on every voyage, and the cruise is designed to provide guests with an immersive experience with the characters they love from Disney, Marvel, Star Wars and Pixar stories.

For the two repositioning voyages for the Disney Wonder cruise ship between Honolulu, Hawaii and Sydney, Australia, in October 2023 and February 2024, Disney Cruise Line will also offer its first South Pacific itineraries to destinations such as Samoa and Fiji.

Booking for these trips will open on October 6, 2022 and you can book a cruise by visiting disneycruise.com or by calling Disney Cruise Line at 888-325-2500.

October In Jasper, Canada: Symphony Under The Stars And Wildlife Under The Sun