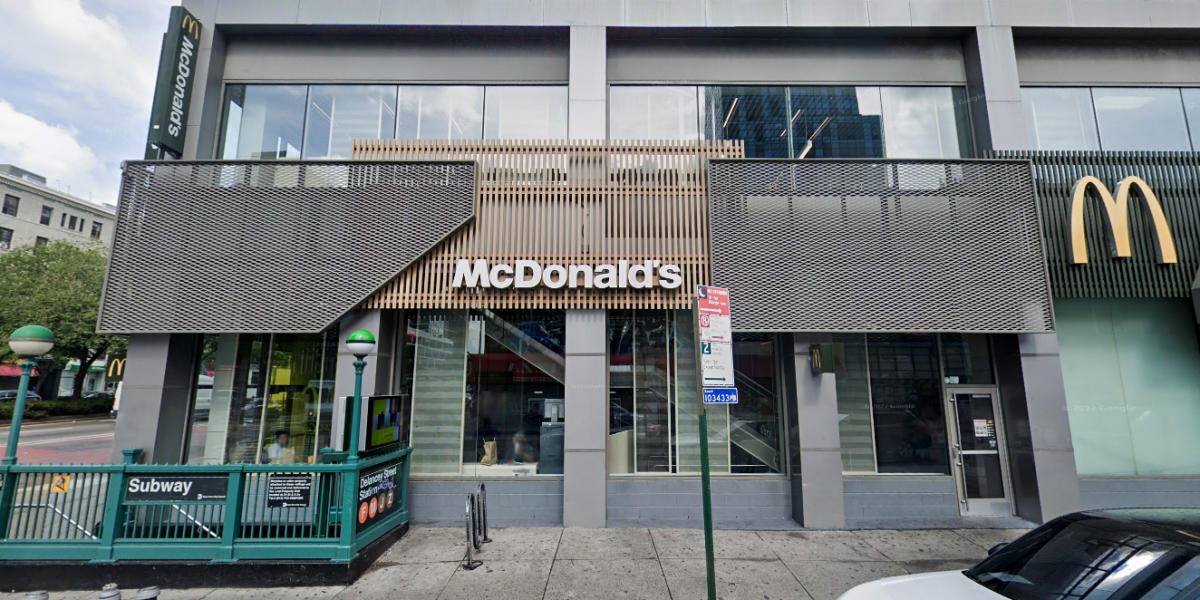 A man in New York City was arrested Friday after “threatening” customers at a McDonald’s, including using a small axe, police said.

A graphic video of the incident was captured and published on TikTok. After it was apparently removed, the video was reposted and distributed on Twitter, showing two minutes of the incident between the man and several patrons at the fast food chain. The video, with more than 14 million views, showed several incidents, including a series of fights and destruction of property.

The man in the video then appears to remove his backpack and pull out what appears to be a small axe. With the ax he smashed the end of a table at the site and shattered a glass barrier. He then approached several customers with the ax but appeared to inflict no injuries with the weapon.

At the end of the video, after beating a patron and approaching several others with the axe, the man appears to have left with his bicycle. No casualties have been reported, according to police.

When the video was sent, a New York Police Department spokesperson told TODAY that at approximately 2:25 a.m., police responded to the incident at McDonald’s, which is located on Delancey Street in Manhattan’s Lower East Side neighborhood.

“When officers arrived, witnesses at the scene reported that the suspect had gotten into a physical dispute with three unknown men at the site,” the spokesperson said. “The suspect took an ax from his backpack and threatened the unknown men. The suspect intentionally caused material damage to the facility. The person was arrested by officers.”

Michael Palacios, 31, was arrested and charged with criminal mischief, three counts of threat and two counts of criminal weapons possession.

“The safety of our customers and crew is always our top priority,” McDonald’s owner-operator Paul Hendel told TODAY in a statement. “We are shocked by these acts of violence in our restaurant and we are fully cooperating with the authorities in their investigation.”

Palacios’ attorney, Jamie Niskanen-Singer, did not immediately respond to requests for comment.