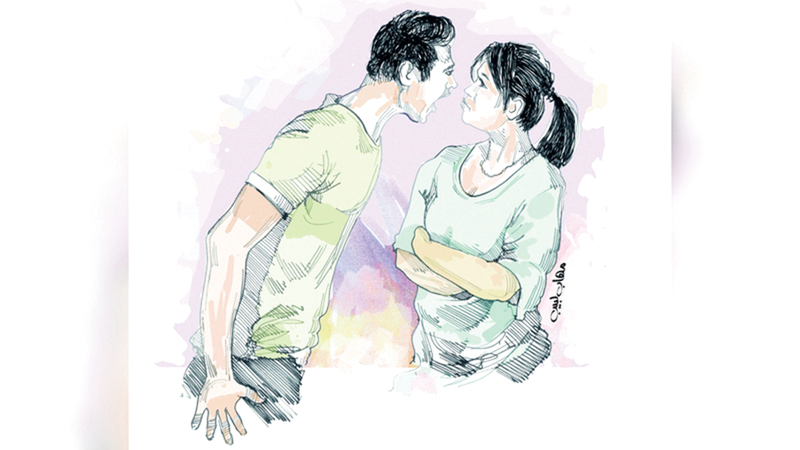 Statistics of the Ministry of Justice revealed a decrease in divorce cases, which were proven in the federal courts in Sharjah, Ajman, Umm Al Quwain and Fujairah, according to the electronic marriage system, during the past year, as it amounted to 478 cases, including citizens and residents, compared to 528 divorce cases in 2021.

She explained that what is meant by proof is a case of divorce that took place between the two parties previously, and the court was visited to prove it, and it was not ruled by the judge.

The official portal of the UAE government stated in a report that “divorce rates in the country are among the highest in the region.”

The spouses are allowed to express their concerns related to marriage in the absence of their legal representative, and an amicable divorce can be reached at this stage, as the parties formulate a settlement based on mutual understanding between the two parties, and sign it before the family director, and if one or both parties insist on divorce, he submits The family counselor issues a referral letter with the request, to allow them to appear in court to conclude the divorce case.

She stated that the letter can be submitted to the court at any time within three months from the date of its issuance, and divorce procedures take place at the discretion of the court, and each party presents the evidence in its possession against the other party, in addition to each party defending itself.

Family counselors summarized the most important reasons for divorce as: material and social inequality, inflated ego and self-thinking, lack of harmony and loss of love, absence of dialogue and irritability, family interference, in addition to violence and control of spouses, failure of each party to assume its marital responsibilities, and the dominance of the culture of luxuries over life. Marriage, weak religious faith, and marrying another.

ALSO READ  An hour on WhatsApp costs a man 70,000 dirhams

2020 witnessed the introduction of amendments to the Personal Status Law, to reduce the number of divorce cases for unconvincing reasons, including presenting the recommendations of the two rulings to the spouses, and inviting them to reconcile before issuing a ruling to separate them.

The amendments considered that the spouses leaving the house to work in accordance with the law, Sharia, custom, or necessity is not considered a breach of marital obligations, calling on the judge to take into account the interest of the family in all of this.

And the amendments approved that “if reconciliation between the spouses is not possible, and all the abuse is on the part of the husband, and the wife is a requester for separation, or each of them is a requester, then the two rulings recommend a separation by a dowry divorce, and an appropriate allowance to be paid by the husband without prejudice to any of the wife’s rights arising from marriage or divorce.” .