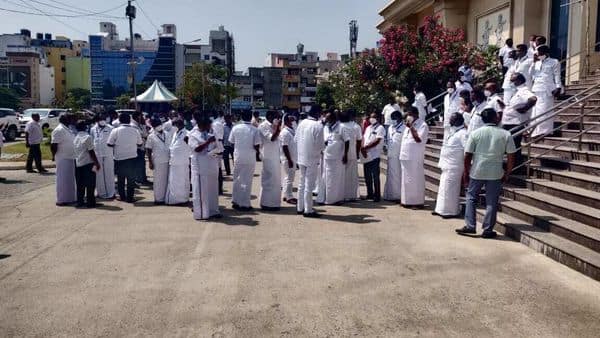 The main opposition party DMK boycotted Tuesday the presentation of the interim budget for 2021-2022 to the Tamil Nadu assembly and left the House.

As soon as the House met for the budget and for filing advance grant applications, President P. Dhanapal called Chief Deputy Minister O Panneerselvam to present the provisional financial statement.

Read also | India Inc prepares to return to the office

However, DMK deputy leader Duraimurugan was on his feet and asked for the president’s permission to express the party’s “point of view”. The President replied that the budget must be tabled and that what the head of the DMK said would not be recorded.

Following this, all members of the DMK stood up and asked for the President’s permission to allow Duraimurugan to convey the party’s opinion.

As Panneerselvam began to read the budget, members of the DMK came out after raising slogans against the government for a while.

This story was posted from an agency feed with no text editing.