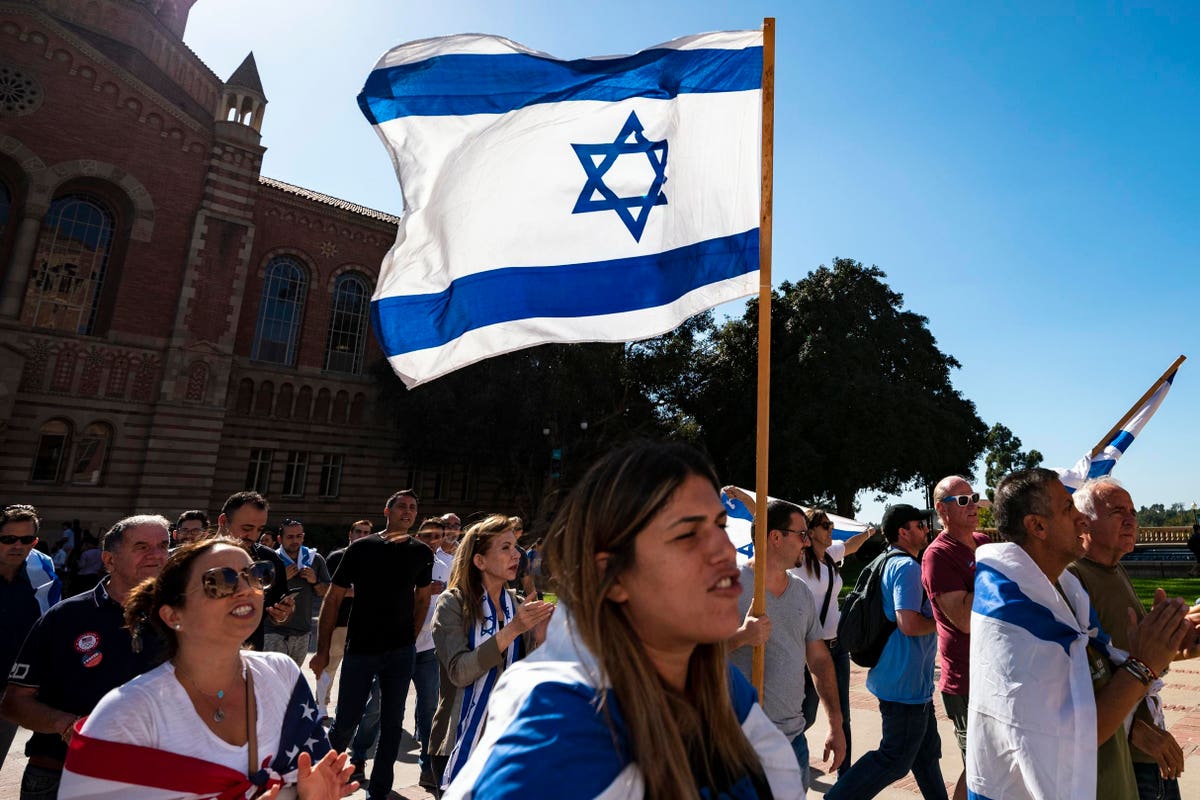 A disturbing new investigation by the Brandeis Center for Human Rights Under Law suggests that many Jewish students feel pressure to hide their Jewish identity on college campuses. The survey of thousands of members of the largest national Jewish brotherhood and Jewish sisterhood in the United States showed that about one in five students “sometimes” or (more rarely) “often” hides their Jewish identity on campus . Only about half of survey respondents said they never do. Pollsters have taken steps to reduce the likelihood of “response bias” – a potential problem with surveys where those with strong feelings are more likely to respond to the survey than others.

These numbers should not be surprising. As noted in a previous article, hate crimes against Jewish students are at an all time high. Across the country, the absolute majority of hate crimes based on religion are committed against Jews, even though they make up only 2% of the American population.

It’s especially strange that many Jews feel the need to suppress their identities on college campuses, where respect for people’s identities is a core belief. However, it is not difficult to understand why the situation exists. There are most likely two factors behind this.

The first factor is the widespread defamation of Israel. A simple criticism of Israel is obviously not anti-Semitic. But on many college campuses, it has become common to use the most hyperbolic words and phrases possible to describe the Jewish state. Israel is accused of committing “genocide” and “ethnic cleansing”, practicing “apartheid” and acting like “fascists and Nazis”.

Many students come to college after being exposed to some sort of defamation in K-12 schools. Various sections of teachers’ unions have passed resolutions accusing Israel of apartheid. A previous article discusses the botched one-sided nature of these resolutions. Among other things, they discuss Israeli counterattacks on the Gaza Strip without even mentioning that Israel was defending itself from an assault of thousands of Hamas rockets that had killed a dozen Israelis and indiscriminately targeted civilian buildings, including schools (a strange fact for a teachers’ union to ignore).

Progressive students and professors have no difficulty in understanding that calling African nations “shitty countries” or calling COVID China’s virus promotes prejudice, but seems stunned that launching the world’s most extreme terms against Israel promotes anti-Semitism.

The second factor is the perception of Jews as white and privileged. Despite the fact that Jews are a racially diverse people, Jews are rarely discussed this way on college campuses. Jews are seen as wealthy European-Americans who use their “Benjamins” to buy support for Israel. (In fact, pro-Israel lobby groups spend less money lobbying Congress than the beer industry.) When Jews call attention to historical and current discrimination against them, they are considered to deny their privilege. Colleges reinforce the idea that Jews are white by associating them with racially segregated “white accountability” groups.

What should be done about it? A good start would be for colleges to do a much better job of accurately teaching about Israel. This does not mean that professors and students cannot criticize Israel. But it does mean educating students more thoroughly about the reality of Israel, a deeply diverse country in which Arabs are part of the governing coalition, where the majority of Jews are people of color, and is an oasis of democracy, security. and gender equality. minorities in a part of the world that is not at all.

Unfortunately, many people’s views on Israel are caricaturedly simplistic. As the Israel Times recently reminded his readers, “Over a decade ago, a diverse focus group of Americans were asked to describe a typical Italian home. Words like “lush, nourishing, culinary, motherly, welcoming” quickly rolled over her tongue. The same group was asked about an Israeli house and a very different vibe was described: “concrete, strict, ultra-religious, middle-aged ultra-Orthodox men.” College should be the place to go to get rid of ethnic and religious stereotypes. But survey data shows that stereotypes about Jews, if any, worsen over time in college.

Hopefully, the new survey will bring more attention to this issue. The college is meant to be a place where students can explore their identities and learn about the identities of others. No one should have to hide theirs.

Cigarette sales increased in 2020 for the first time in decades, says FTC report