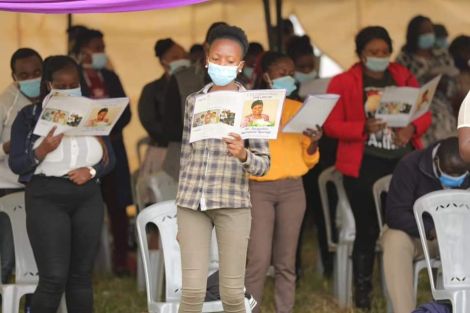 Jacqueline Njoroge-Chokera, assistant medical superintendent at Thika Level 5 hospital who succumbed to Covid-19, has been immortalized at her former workplace.

Ms Njoroge, whose interment took place on Friday, November 20, has been hailed as a dedicated frontline worker and hard worker.

“In memory of Jacqueline’s good work, the county will name a level 5 district of Thika after her,” read a statement from the Kiambu County Health Services Department.

The burial ceremony of the late Dr. Jacqueline Chokera at Gathambara Primary School on Friday, November 20.

ALSO READ  Aukot storms the offices of the Thirdway Alliance

Speaking at the funeral ceremony, Kiambu Governor James Nyoro joined Jacqueline’s family in praising the doctor whom she described as a brilliant young doctor whose prowess and skill kindness saw her rise quickly through the ranks.

The governor also noted that the county had sufficient protective gear for frontline workers.

The doctor contracted the disease while helping infected patients.

Her friends have described her as a generous and ambitious person, always ready to help.

She is survived by two children Angel and Adrian and her husband Joshua Chokera.

Since last week, the country has lost 10 doctors to the virus.

Saturday, November 21 TBEN.co.ke reported that dentist Dr Nira Patel and the head of the Renal Unit at Kenyatta National Hospital (KNH) Dr Anthony Jude Were Omollo had succumbed to the virus.

Doctors and healthcare workers have spoken out against the government’s neglect and have since called for a hearing with President Uhuru Kenyatta to deliberate on the way forward regarding the welfare of frontline healthcare workers. 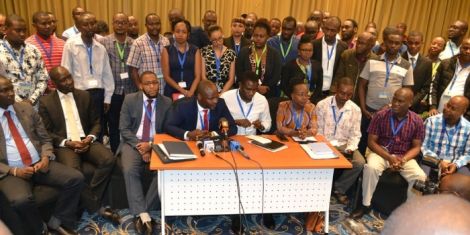 Kenya to receive Covid-19 vaccine by February – Ministry of Health

Motorola must include TV interface and desktop mode in Android 11...