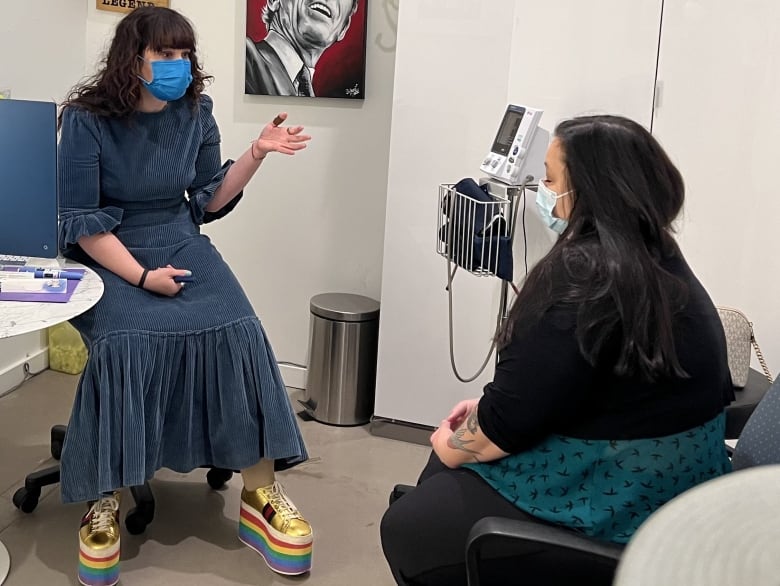 This story is part of Situation Criticala series from TBEN British Columbia reporting on the barriers people in this province face in accessing timely and appropriate health care.

BC doctors who treat diabetes say they’ve been forced to jump through hoops to get coverage for potentially life-saving drugs, including getting patients to try cheaper but more dangerous alternatives first.

That includes drugs like Ozempic for people with type 2 diabetes, which also aids weight loss and reduces the risk of heart attack or stroke, and continuous glucose monitoring, which tracks glucose levels every few minutes.

But these options are expensive, and Zentner said she’s been asked to make increasingly unreasonable efforts to prove her patients should be covered under PharmaCare, the public program that covers the cost of some medications.

“But according to PharmaCare, they must have failed two other agents before I can even try to get coverage for this patient.”

The problem is that options like Ozempic and continuous glucose monitoring are only available under the so-called special power.

The designation is given to certain drugs that are generally not covered by PharmaCare. Coverage is only provided to patients under certain circumstances when their doctor requests it, and in such cases it is only provided when cheaper drugs have failed.

“It should piss you off and scare you that my clinical decisions aren’t actually made about what’s best for you and what’s the healthiest and safest for your long-term care, but actually what’s cheapest for this government,” Zentner said.

Older alternatives have serious side effects

Dr. Tom Elliott, the medical director of BC Diabetes, said he has faced the same problem. Special authority generally means he must prove that his patients first tried a class of drugs known as sulfonylureas.

“I never prescribe these drugs because they are dangerous,” he said, explaining that they can cause a person’s blood sugar to drop so low that they pass out, have a seizure, or even die.

Elliott is so concerned about the potential side effects that he says he asks his patients to fill a prescription, so there’s a paper trail in the county database, but then tells them not to take the drugs.

The practice has resulted in a complaint against him to the College of Physicians and Surgeons, he said.

Even then, Elliott says some of his patients have been “serially denied” coverage, with constant requests for more information from PharmaCare or coverage denied outright.

That’s a familiar situation for January Zamora, one of Zentner’s patients. It took her a year to get a special authority clearance to defeat Ozempic.

“She had to plead for me and jump through hoops,” Zamora said of Zentner.

Zamora said she has seen a “huge difference” compared to the insulin she was taking before.

“I was gaining weight, I had high blood sugars — I was definitely not active, so I was very tired,” she said. “With Ozempic…it gave me some weight loss, it’s given me a little bit more energy.”

Elliott said he spoke directly to Health Minister Adrian Dix about his concerns – Dix has type 1 diabetes and happens to be one of his patients.

TBEN requested an interview with a representative of the Department of Health, but instead received a written statement that did not address doctors’ concerns about the special process for diabetes treatments.

Meanwhile, Elliott has also written to the ministry asking for a change, and it appears it’s not out of the question.

“If we are able to reexamine our SA [special authority] criteria for the Type 2 diabetes drugs, hopefully we will be in touch in the near future to further discuss your recommendations,” Moneo wrote.

However, no timeline for that process has been given.