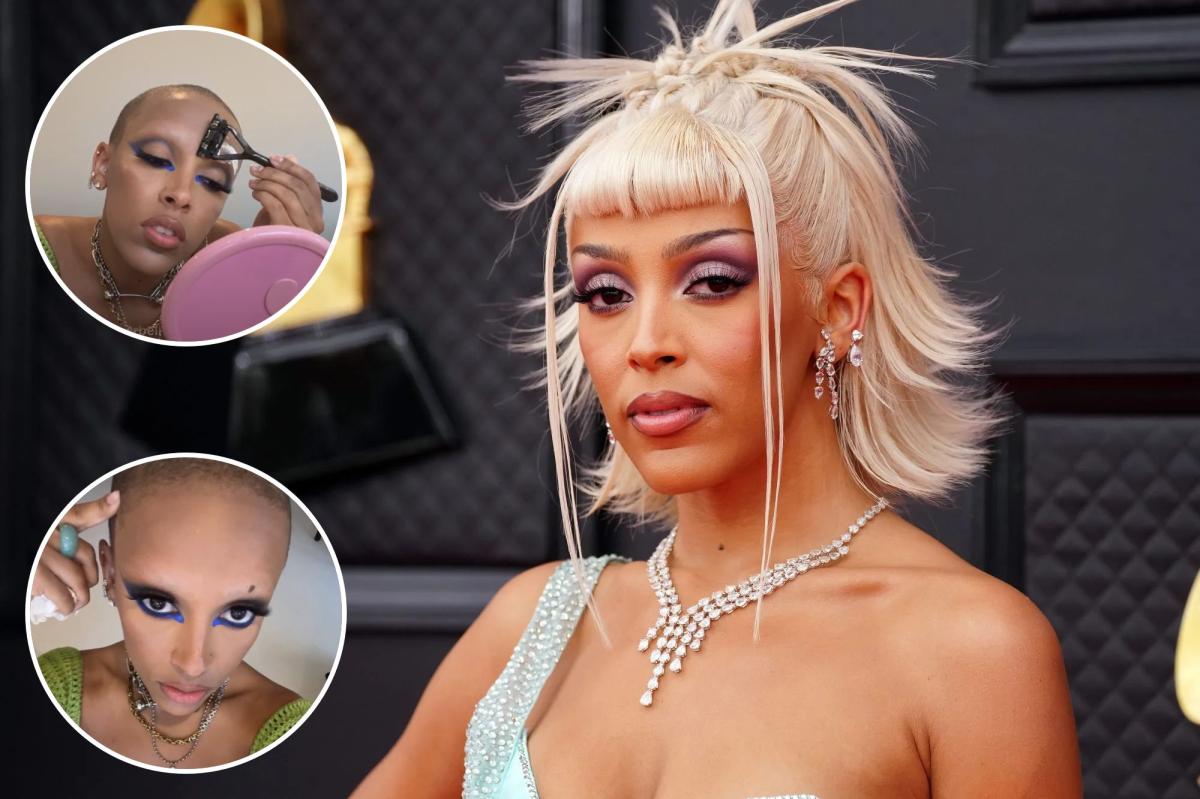 While the Grammy Award winner is known for her constant whimsy, fans weren’t expecting the rapper to go through a major transformation.

On Thursday on Instagram, the 26-year-old revealed that she “never loved her,” leaving her with no choice but to get rid of it.

Razor in hand, Doja shaved off her eyebrows after she released her new buzzcut.

“I just can’t believe it took so long to be like, ‘Shave your f–ing head,'” she added.

And it doesn’t seem like she’s looking back when she told fans she’s “obsessed” with her new look.

“I never liked her. I can’t tell you once, since the beginning of my life, that I’ve ever been like, ‘This is cool. I just don’t like having her,” she added.

The “Woman” hitmaker said she felt “so exhausted while exercising” while wearing wigs, which would “slide off her head and peel off.”

“I would be working out, but I couldn’t concentrate because I was more concerned about how I looked. Or how my hair was doing and how I could keep it on my scalp,” she added.