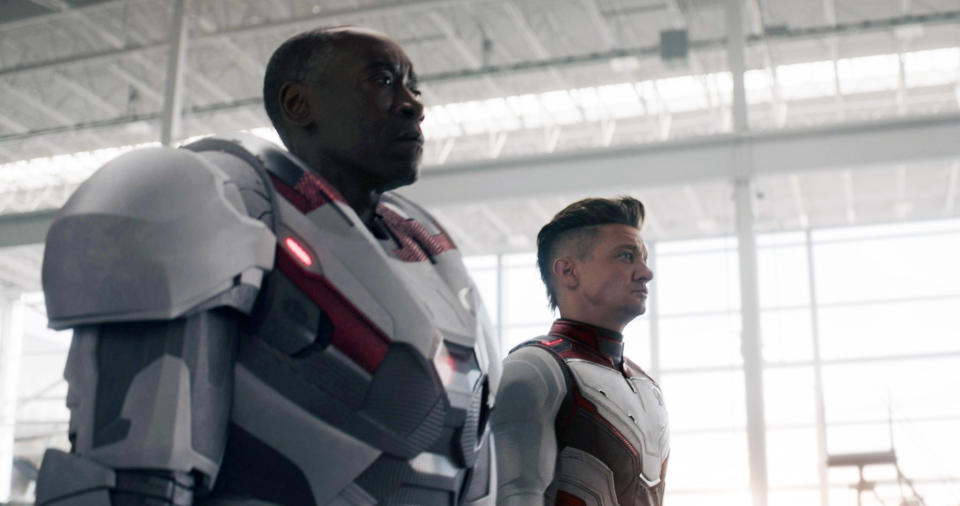 After first joining the Marvel Cinematic Universe in 2010 as James “Rhodey” Rhodes (aka War Machine) Iron Man 2, Don Cheadle is now the most permanent Avenger after the recent departure of co-stars like Robert Downey Jr. (Tony Stark/Iron Man) and Scarlett Johansson (Natasha Romanoff/Black Widow). In the MCU as a whole, really just Samuel L. Jackson (Nick Fury) and Jon Favreau (used sparingly as Happy in the Spider Man movies) let him beat.

So there’s not much that Cheadle hasn’t done over the course of seven movies and one TV show. Besides leading a project himself, which he will eventually do in the Disney+ series armor wars. But before that, Cheadle will join Jackson, Cobie Smulders and his company as Fury and friends face off against the shape-shifting Skrulls. Secret Invasion.

“I think [we’ll] really get to know Rhodey,” Cheadle tells us about the expanded role he will have in Secret Invasion at Disney’s D23 Expo in Anaheim, California (see above). “To see who he is outside the context of the Avengers as we’ve seen them and Tony as his best friend. Now we’re going to see who Rhodey is and his relationships and what drives him and what his desires and what his fears are.

“Just a chance to flesh out the character in six episodes is exciting.”

How long will he stay in the MCU after that? Secret Invasion and armor warsCheadle, 57, tells us he’s “taking it as it is.”

“This is something that was offered to me, something that they wanted to do, and it was interesting,” he says of Secret Invasion. “And it sounded fun, and a chance to really do more with this character. So I was in.

“Right now I’m the veteran here. We know there will be more opportunities to do it. Nobody twists someone’s arm. It’s like, ‘Does this sound like something that would be fun? [Is this] something that is exciting and interesting? Because if not, we don’t have to show up.’”

— Video produced by Jen Kucsak and edited by Jason Fitzpatrick

Secret Invasion will premiere on Disney+ in early 2023. Watch the trailer:

ALSO READ  'Phantom of the Opera', longest-running Broadway show, to end after 35 years