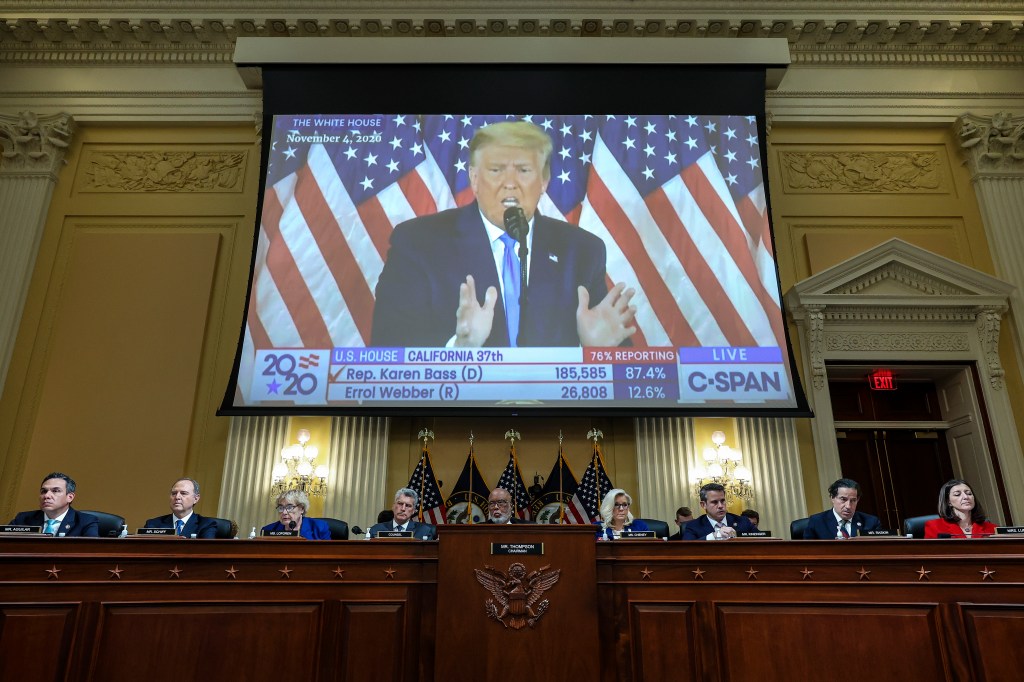 Former President Donald Trump filed a lawsuit Friday against the House 6th Committee and its members in the latest effort to avoid a subpoena by the congressional body to force him to testify. The news comes ahead of a scheduled event on Tuesday at which Trump is widely expected to announce that he will run for president in 2024.

The committee had voted unanimously to subpoena Trump on Oct. 13, with Committee Chair Rep, Bennie Thompson (D-MS) and Vice Chair Liz Cheney (W-WY) writing: “As demonstrated in our hearings, we have gathered overwhelming evidence, including from dozens of your former appointees and staff, whom you personally orchestrated and oversaw a multi-part effort to nullify the 2020 presidential election and impede the peaceful transfer of power.”

It was unclear at the time whether Trump would fight the order, which asked him to testify and hand over documents regarding his possible role in the January 6 U.S. Capitol uprising. He has told his former staffers and political allies to refuse to testify at the commission’s hearings as well.

One of them, former Trump adviser Steve Bannon, was sentenced to four months in prison for ignoring the commission’s subpoenas.

Trump himself responded to his subpoena after it was handed down at a televised hearing, with a 14-page letter to the commission that began: “THE 2020 PRESIDENTIAL ELECTION WAS DRAWN AND STOLEN!”

In today’s lawsuit (read it here) filed in the Southern District of Florida, Trump and his legal team are seeking declaratory and injunctive relief, writing that “While other presidents and former presidents have voluntarily agreed to testify or transfer documents in response to a congressional subpoena, no president or former president has ever been compelled to do so.”

It adds: “As a result of the Committee’s self-described “unprecedented” action, President Trump has been placed in the untenable position of choosing between preserving his rights and the constitutional prerogatives of the executive branch, or risking the Subpoena issued to him Accordingly, former President Trump is turning to the courts to maintain his rights and the independence of the executive which is consistently upheld by the courts and endorsed by the Justice Department.”

No timetable had been set for Trump to testify, although the committee had previously said it would look sometime around Monday, November 14 — the day before Trump’s possible announcement that he is seeking office.