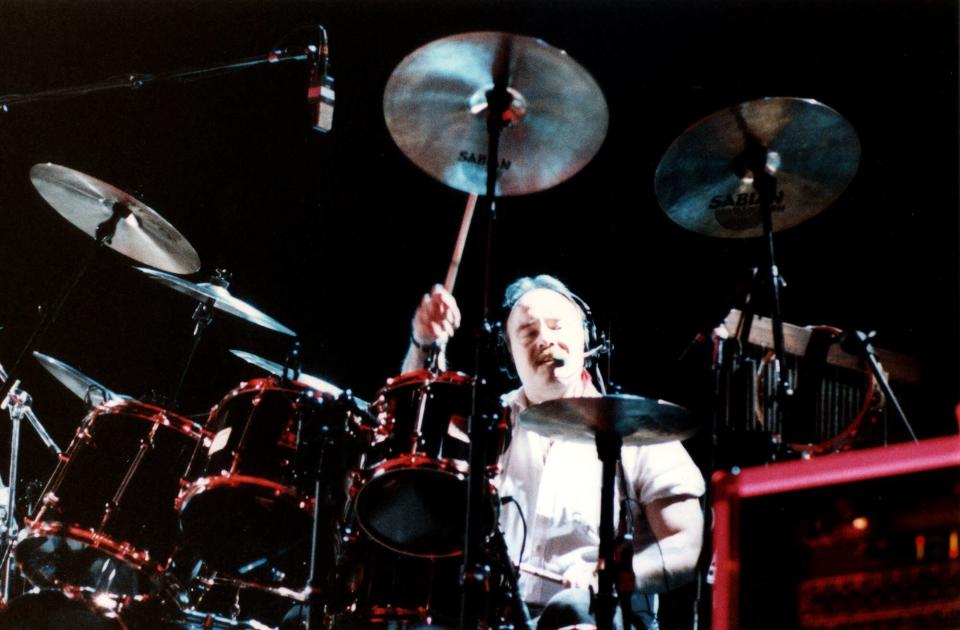 John Hartman, co-founder of the Doobie Brothers and original drummer for the California rock band, has died. He was 72.

On Thursday, the band announced Hartman’s death in posts on its official Instagram and Twitter accounts, where they complimented him as “a wild spirit, great drummer and showman” and expressed condolences to his family.

“Today we think of John Hartman, or Little John for us. John was a wild spirit, great drummer and showman during his time in the Doobies,” the band wrote in their social media posts. “He was also a close friend for many years and an intricate part of the band’s personality! We extend our condolences to all of his loved ones at this difficult time.”

“Rest in peace John,” the band added. The Doobie Brothers have not confirmed when Hartman died or his cause of death.

Hartman formed the original Doobie Brothers with guitarists and vocalists Patrick Simmons and Tom Johnston in the early 1970s after meeting the pair while playing in Bay Area bars in Northern California, according to the band’s official website.

“It all started in 1969, when a drummer named John Hartman arrived in Northern California. He was there to meet Skip Spence of the band Moby Grape and be part of an alleged band reunion that never quite got off the ground,” reads an excerpt from the band’s biography on its website. “But it wasn’t all for nothing. Spence (who had also played in the Jefferson Airplane) introduced Hartman to his friend Tom Johnston, a local singer/songwriter/guitarist – and they hooked up. Hartman and Johnston started playing local bars in the Bay Area.”

Hartman was the drummer for the Doobie Brothers on each of the band’s first eight albums and performed on popular songs including 1972’s “Listen To The Music,” 1973’s “Long Train Runnin” and “What a Fool Believes” 1978. The band also saw two songs reach #1 on the Billboard Hot 100 during Hartman’s tenure.

Although he was the band’s original drummer, Hartman wasn’t the only one of the Doobie Brothers, as the band operated with two men behind the kit from 1971, Stereogum said.

RELATED: Celebrities who died in 2022

Hartman left the band after 1979 and returned for his 1989 reunion album Cycles. He then played with the Doobie Brothers again until he retired in 1992.

In 2020, Hartman was inducted into the Rock and Roll Hall of Fame as a member of the Doobie Brothers, along with 8 other artists from the band’s decades-long career.

Coolio dead at 59: Gangsta’s Paradise rapper dies after boyfriend found him on the floor