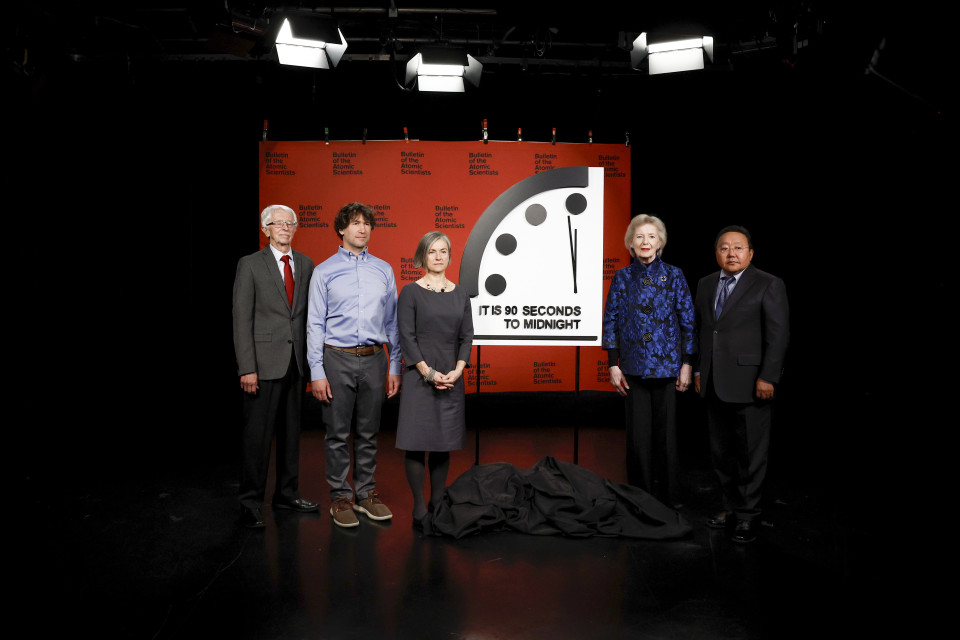 A group of atomic scientists on Tuesday moved the hands of the “Doomsday Clock” to 90 seconds to midnight — the closest ever for the symbolic estimate of human proximity to self-inflicted destruction — citing rising dangers from Russia’s ongoing war in Ukraine.

Created in 1947 and maintained by the Bulletin of the Atomic Scientists, the clock was at a position of 100 seconds to midnight for the third year until 2022.

Russia’s invasion of Ukraine has increased the risk of nuclear weapons use, increased the specter of the use of biological and chemical weapons, crippled the world’s response to climate change, and hampered international efforts to address other global problems. the scientists said in a statement. .

ALSO READ  Suicides in Japan to rise in 2022, first rise among men in 13 years

The experts advising the Bulletin of the Atomic Scientists magazine said the Russian invasion of Ukraine has violated international norms and could encourage others to follow suit, leading to additional challenges to existing agreements and further threats to stability.

With the last adjustment of the clock, they provided information in Russian and Ukrainian languages ​​for the first time.

Aside from the war, they said China’s rapid expansion of its nuclear capabilities is “particularly troubling” and urged that other threats, such as North Korea’s return to frequent missile testing and Iran’s increased uranium enrichment capacity, be taken seriously.

“We need really creative and bold leadership — ethical, moral, political leadership,” Rachel Bronson, president and CEO of the bulletin, said in Washington announcing the new era. “There really is no time to lose.”

The clock at the University of Chicago was also moved forward due to the ongoing dangers of climate change and diseases such as COVID-19, as well as dysfunctions in international institutions and rules, she added.

ALSO READ  At the Kagawa Zoo, monkeys boil a solution in the form of a dumpling for the bitter cold

The bulletin was founded in 1945 by Albert Einstein and scientists at the university who helped develop the first atomic bomb in the Manhattan Project.

The clock, originally set at seven minutes to midnight, representing Armageddon, went even further by 17 minutes in 1991 after the end of the Cold War. But time has been measured in seconds rather than minutes in recent years, reflecting the urgency of the moment.

Members of the Bulletin of the Atomic Scientists stand for a photo next to Washington’s Doomsday Clock on Jan. 24, 2023. (Getty/TBEN)