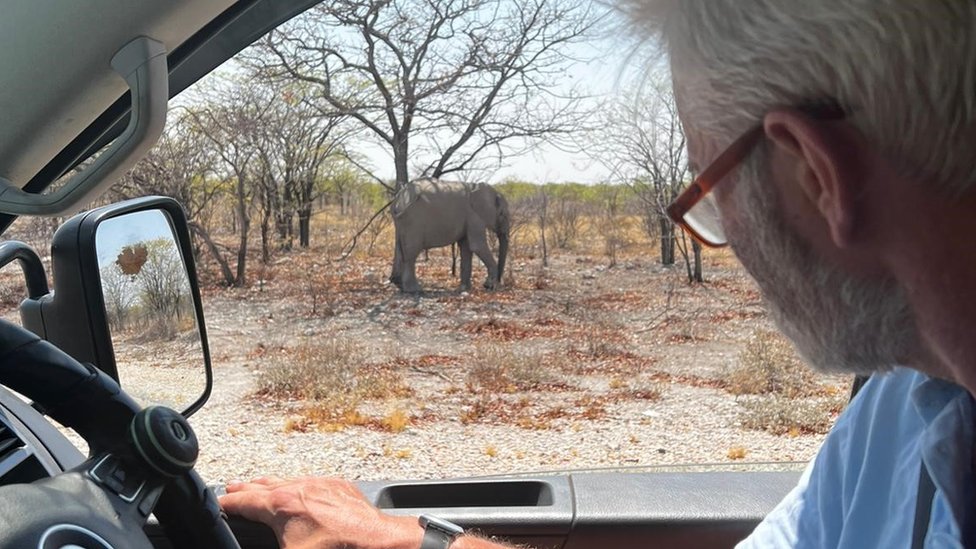 A retired army colonel with Parkinson’s has taken a solo trip across Africa to raise awareness of the disease.

Guy Deacon, from Sherborne in Dorset, filmed his 20,000km drive across the continent, which ended in Cape Town last week.

The 60-year-old, who was diagnosed 11 years ago, said the journey became “almost impossible” as his illness progressed.

A TV documentary will be made on his return to the UK, charting his journey.

The former Bovington Camp commander said little was known about Parkinson’s in Africa, where some people with the condition believe they are cursed.

He said he appeared on national TV and radio programs “to get the conversation started”.

But Mr. Deacon, who spent time in Africa while in college and in the military, struggled to cope with the disease he wanted to publicize.

He said: “When I was in Ghana I was in bits and pieces, had a bit of a breakdown. I hadn’t taken the right pills and was lost, I almost ended up in hospital.

“But this guy picked me up, let me stay and let me sleep in his daughter’s room. That family took care of me, they were so nice and generous.”

He said he never had any problems with people and they “went out of their way to help. It was incredible”.

“The less they have, the more they do,” he said.

The retired colonel’s Parkinson’s disease means he can’t write “because my hands don’t work well”, which “makes dealing with things like money really challenging,” he told the TBEN in April.

But he said driving was easy because he just put his hands in the right place on the steering wheel.

As his illness progressed, it was sometimes “not unusual to be unable to move,” Mr Deacon said.

“I’ve proven I can do it, but just barely. It was almost impossible, Parkinson almost won,” he said.

On reaching South Africa, the 60-year-old said: “Letting go of the burden completely deflated me.

“I turned off the engine key, I put my head on the steering wheel. I was exhausted.”

“You were an emotional dude, your lip was twitching,” said filmmaker Rob Hayward, who met Mr. Deacon four times to document the experience.

“It was really hard,” the retired colonel admitted. “But emotionally I thought, what do I have to lose?

“They’ll see me for who I am. No one knows how miserable this thing is. I’ve been pretty blunt.

“For a man from the military to be in tears on camera is something.”