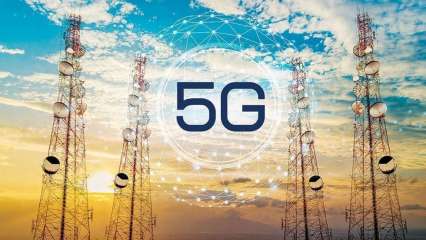 The Ministry of Telecommunications (DoT) on Tuesday approved requests from telecommunications companies – Reliance Jio, Bharti Airtel, Vodafone and MTNL – to conduct 5G trials, but none of them will use technologies from Chinese entities. .

The list of telecommunications equipment manufacturers approved for testing includes technologies developed locally by Ericsson, Nokia, Samsung, C-DOT and Reliance Jio. This means that Chinese equipment makers will not be part of the 5G trials.

The Department of Telecommunications (DoT) today approved authorizations for telecommunications service providers (TSPs) to conduct trials for the use and applications of 5G technology. Candidate TSPs include Bharti Airtel Ltd , Reliance JioInfocomm Ltd, Vodafone Idea Ltd and MTNL, ”DoT said in a report.

The latest ruling also indicates that the government could ban Chinese companies from participating in the rollout of 5G services in the country.

The duration of the tests is 6 months. This includes a period of 2 months for the purchase and installation of the equipment.

The authorization letters state that each TSP will need to conduct rural and semi-urban trials also in addition to urban settings so that the benefits of 5G technology proliferate across the country and are not limited to urban areas.

TSPs are encouraged to conduct trials using 5Gi technology in addition to the already known 5G technology. The International Telecommunication Union (ITU) has also endorsed 5Gi technology, which has been advocated by India because it facilitates a much wider reach of 5G radio towers and networks. 5Gi technology was developed by IIT Madras, the Wireless Technology Center of Excellence (CEWiT) and IIT Hyderabad.

The statement from the Ministry of Communications said that the objectives of conducting 5G trials include testing the propagation characteristics of the 5G spectrum, especially in the Indian context, tuning and model evaluation of the selected equipment and suppliers. , indigenous technology testing, application testing, and testing 5G phones and devices.

5G technology is expected to deliver an improved user experience in terms of data download rates (which are expected to be 10 times higher than 4G), up to three times the spectral efficiency, and ultra-low latency. to enable Industry 4.0, he said.

The DoT said the trials will be isolated and not connected to existing FST networks. Testing will be on a non-commercial basis and data generated during testing will be stored in India.

FSTs should also facilitate testing of use cases and locally developed equipment as part of the trials. About a hundred apps or use cases selected by the DoT after leading the recent 5G apps hackathon can also be facilitated in these trials, he said.

“My dream has been shattered! Sophie Hermann gives rare insight...

The Bharat Express News - May 17, 2021 0
Sophie Hermann spoke about her attempts to launch a fashion brand in her early 20s - and how she learned invaluable lessons from her...

“My dream has been shattered! Sophie Hermann gives rare insight...