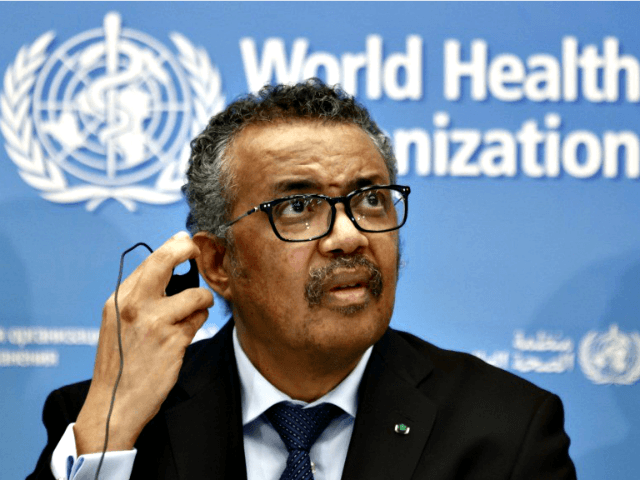 dr. Scott Gottlieb, former Food and Drug Administration (FDA) commissioner under President Donald Trump, warns that the spread of monkeypox could become the next public health failure in the United States.

“If monkeypox now gains a foothold in the United States and becomes an endemic virus to join our circulating repertoire of pathogens, it will be one of the greatest public health shortcomings in modern times, not only because of the pain and the danger of the disease, but also because it was so avoidable,” Gottlieb wrote in a recent opinion editorial for the New York Times. “Our mistakes extend beyond political decision-making to the agencies responsible for protecting us from these threats.”

Gottlieb, who now serves on Pfizer’s board of directors and is a partner at venture capital firm New Enterprise Associates, also ruled that the US government’s missteps in fighting monkeypox are comparable to its failure to fight the coronavirus.

“Our country’s response to monkey pox is plagued by the same shortcomings we had with Covid-19,” Gottlieb wrote.

“With COVID, the virus has quickly gained ground. With monkeypox spreading more slowly, usually through very close contact, the shortcomings of CDC’s cultural approach have not been so acute. But the shortcomings are the same,” he added.

According to data published by the CDC, the US has about 5,200 cases of monkeypox.

The Centers for Disease Control and Prevention designate monkeypox — a contagious viral disease that has been popping up around the world lately — as a nationally notifiable condition on Monday.

The designation means states are now required to report all confirmed and suspected cases of monkeypox to the agency within 24 hours of discovery. States must also share surveillance data such as case numbers.

Monkeypox infection generally includes flu-like symptoms and swollen lymph nodes followed by a blister or pimple-like rash on the skin. It usually spreads through direct contact with an infectious rash, scabs, or body fluid, or touching objects that have previously touched a rash or fluid.

The World Health Organization (WHO) declared monkey pox a global emergency on July 23. In recent days, New York City and San Francisco have declared a public health emergency over monkey pox, which could give the cities additional resources to fight the viral disease.

“We continue to see the numbers rise,” New York City Mayor Eric Adams said. “This order will strengthen our existing efforts to educate, vaccinate, test and treat as many New Yorkers as possible and ensure a full government response to this outbreak.”

On Monday, CNN medical analyst Dr. Leana Wen urged the Biden administration to “declare a state of emergency” over the outbreak.

“I think it’s time for the US to declare a state of emergency” […] because that will allow for a much more coordinated response,” Wen said. “It will enable the Biden administration to appoint a monkey pox czar to oversee these efforts. It will also make it possible to invest more resources in this area. I hope the window isn’t closed. I think there is still an opportunity to underline why this is the case. Monkeypox may not be as deadly as many other diseases, but we don’t want another disease that we have to worry about forever if it takes hold here.”